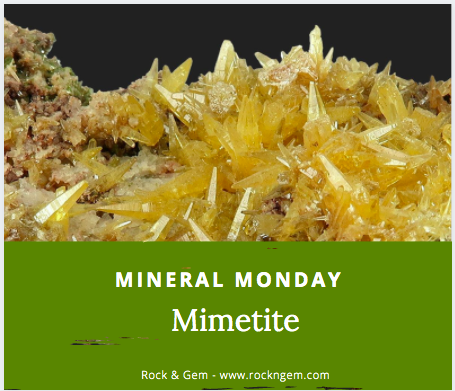 Mimetite may be considered a minor ore of lead when present among extensive lead minerals, but it is a major mineral in the eyes of many rockhounds and collectors.

Often presenting as lemon-yellow in color, light yellow, yellow-green, and on occasion orange or brown, mimetite is part of the apatite group. This group's identification is isomorphous hexagonal minerals, according to information on minerals.net.

It is on the softer end of the Mohs Hardness scale, at 3.5 – 4, and the crystal composition is often quite recognizable in a botryoidal shape, which presents as a round cluster of bubbles. This shape is not the only composition mimetite is known to form, as explained on minerals.net. It also appears in the slender prismatic form, as well as wedge shape.

Among the most notable localities of mimetite are various mines in Johanngeorgenstadt, Saxony, Germany, as well as mines from the prolific Tsumeb region of Namibia, and several areas in Mexico, including San Pedro Corralitos, Chihuahua, and Mapimi Mine in Durango, Mexico. Additionally, mines in specific counties within Arizona have produced various specimens of mimetite, according to information at Minerals.net.

Below are examples of mimetite specimens from various localities around the world, all available through The Arkenstone Galleries of Fine Minerals, www.irocks.com. 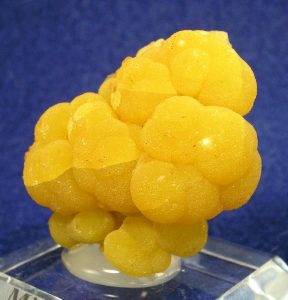 An example of a botryoidal mimetite specimen from the area of San Pedro Corralitos, Chihuahua, Mexico, discovered in 1968. 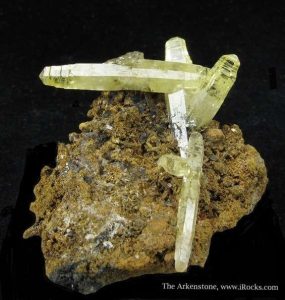 Perched atop a matrix are examples of gemmy, lemon-yellow mimetite crystals, found in the Tsumeb Mine, Tsumeb Otikoto Region, Namibia. 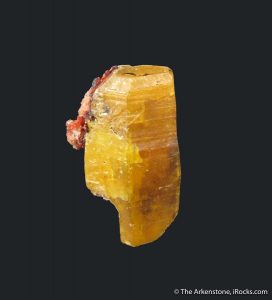 This thumbnail specimen of mimetite hails from the type locality in Erzgebirge, Saxony, Germany, and was found in the early 1800s. 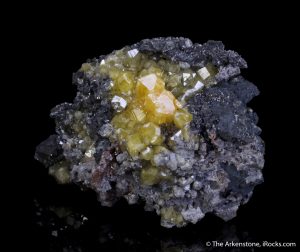 The mimetite crystals in this specimen present as golden yellow and measure 7mm in length. The specimen was found in the Tsumeb Mine, Otlikoto Region, Namibia. 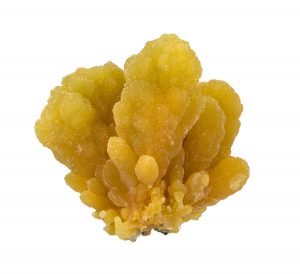 This cluster of mimetite crystals, from the Ojuela Mine, Mapimi Durango, Mexico, appear nearly three-dimensional. 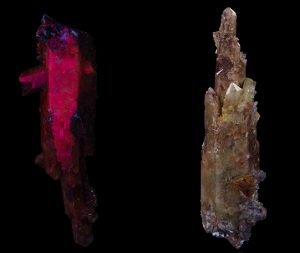 This unusual appearing specimen of mimetite, discovered in the Tsumeb Mine, Otlikoto Region, Namibia, was found in the first quarter of the 20th century. On the left is the specimen under fluorescent and on the right, is it's natural appearance. 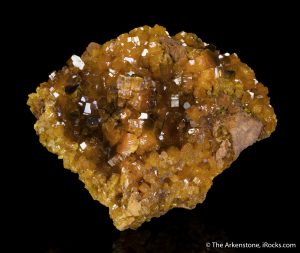 From the Pingtouling Mine, in Liannan County, Guangdong Province, China, came this cluster of mimetite crystals ranging in color from bright orange to smoky orange, and the crystals measure to 5 mm.