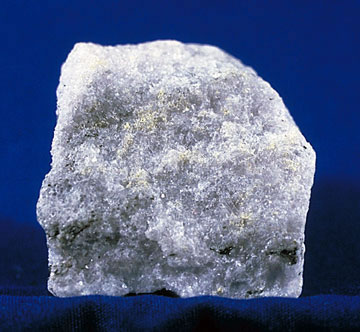 “We noticed the intense smell of rotten eggs when we crushed them.” So said geobiologist Helge Mißbach (University of Cologne, Germany). Mißbach researches organic matter in truly ancient rocks and attempts to determine if such matter was created by biological or abiotic processes.

As reported in a recent issue of the journal Nature Communications, the rocks his team crushed were no less than 3.5 billion years old! Specifically, they were barites from the Dresser Formation of Western Australia and were collected by a team centered at the University of Göttingen in Germany. That same formation holds fossilized “microbial mats,” and Mißbach’s team believes the organic matter found in the barite may have provided the nutrients for the microbes that produced those mats and that some of the gases may have been emitted as waste products after ingestion.

The barites formed around hydrothermal vents and captured fluids and gases in bubbles. Crushing the barites not only released a rotten egg smell but also allowed the researchers to identify such organic compounds and gases as acetic acid, methanethiol, carbon dioxide, and hydrogen sulfide.

Could all this have been part of some truly ancient Egg McMuffin feeding primordial life at the hydrothermal drive-through?