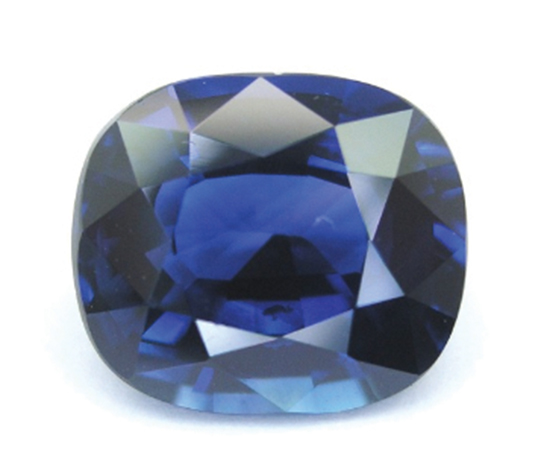 A blue gems and minerals list is a must-have for lapidaries and hobbyists alike. Blue gems comprise a large percentage of colored gemstones, whether transparent or opaque.

Blue Gems in the Spotlight

Blue gemstones grabbed the spotlight in 2020, when the Pantone® Color Institute's Color of the Year was Classic Blue. Their description for Classic Blue states, instilling calm, confidence and connection.

In recent years, we’ve seen the colors of jewelry fashion are influenced by fashion color trends in clothing, textiles, furniture and home décor. The ideas flow from the runways to the stores. And a driving engine for this movement has been Pantone.

Besides the ideal option for Classic Blue being blue sapphire, other transparent blue gemstones fit that color shade, such as blue spinel and blue tourmaline. Buyers have to really know or trust that what they are purchasing is what they thought because once faceted, blue gemstones with similar colors are very difficult to visually identify.

The Gemmological Association of Great Britain (Gem-A) recently set up a "Blue Stone Detective" challenge featuring eight blue gemstones along with flashcards. The hints focused on luster, refractive index, or dichroism properties. The eight blue gemstones were blue sapphire, glass, blue spinel, synthetic blue spinel, iolite, blue topaz and zircon. The challenge was a great reminder of how difficult it is to visually identify faceted blue stones, without clues or instruments.

The description for Classic Blue matches precisely the rich colors of azurite and lapis lazuli. They are both ancient, timeless gemstones, that have been used as lapidary materials and as ground pigments for personal adornment and murals over the centuries.

Azurite is a deep blue-colored copper mineral, with the chemical formula, Cu3(CO3)2(OH)2. Azurite crystals form as dark blue prismatic crystals, but more commonly azurite is found in a massive nodule or stalactitic form. It is very soft, only 3.5-4 on the Mohs scale. Stunning azurite crystals come from copper mines worldwide, including deposits in Morocco, Namibia, Hungary, Greece, Mexico, and of course, Arizona.

Lapidaries use azurite in various forms. When the material is solid, it can be cut and highly polished. Azurite from the legendary Bisbee and Morenci copper mines in Arizona is known to be the most solid, and therefore, the most sought after.

Azurite often shows a unique rosette structure of tiny prismatic crystals moving around in different directions within the surface. It can be cut just like other drusy material, leaving the drusy surface in the center untouched and polishing the surrounding surfaces. Some of the azurite crystals within the drusy surfaces are complete small crystals with very high luster and some translucency, such as the specimens from the Morenci Mine and the mined-out Milpillas Mine, in Sonora, Mexico.

Also popular are the azurite “balls,” usually cut or split in half to reveal their crystallized interiors. Beautiful azurite balls come from the famous Morenci Mine, in Greenlee County, Arizona.

Azurite frequently forms together with malachite, which is often a pseudomorph replacement of azurite, and may display spectacular sunbursts or drusy. The two natural minerals make a stunning visual arrangement when cut together as a gemstone, often with a combination of drusy and polished surfaces.

Classic Blue also matches the beautiful blue pietersite from Namibia. Pietersite is a form of chalcedony with embedded fibers of amphibole minerals and varying degrees of alteration. The fibers cause chatoyancy, similar to what’s seen in tiger’s eye, but tiger’s eye is not made of chalcedony, but macrocrystalline quartz.

Pietersite was discovered in 1962 by Sid Pieters in Namibia, hence its name. It is usually found with blue coloration and swirls of gold, brown, and rusty red hues.

This story about blue gems and minerals appeared in Rock & Gem magazine. Click here to subscribe. Story by Helen Serras-Herman.