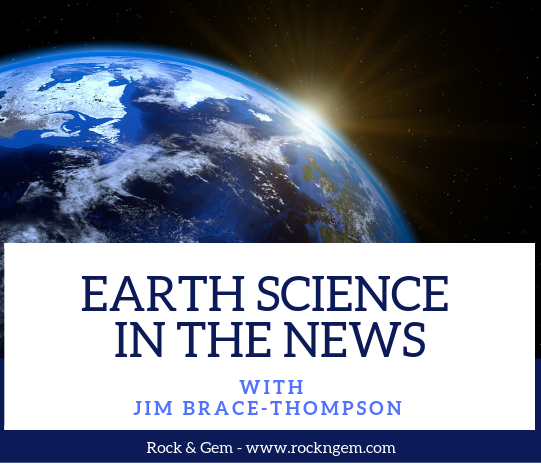 In an energy-thirsty world, we constantly seek new ways to produce energy that are environmentally sound and that won’t contribute to global warming as we attempt to move away from carbon-based energies as supplied by coal, oil, and natural gas. But unintended consequences forever hound us, as South Korea recently learned.

An experimental geothermal power plant there derived its energy using a fracturing technique to inject water deep into the Earth, where it was heated by hot granitic crust.  Apparently, though, in addition to generating steam-generated energy, this technique triggered a magnitude 5.5 earthquake in November 2017. This was the second-largest earthquake in recorded Korean history and caused considerable damage.

After an investment of $38 million, the power plant near the city of Pohang is being dismantled. Another $200 million is being devoted by the South Korean government to repair damage caused by the human-induced quake. Alternative energy advocates are disheartened because, according to reports, the technique in question “was meant to ease earthquake risks."

The Day the Dinosaurs Died?

An amazing and mind-boggling claim has emerged from a team of paleontologists led by Robert DePalma examining a 65.8-million-year-old fossil site from the end of the Cretaceous Period in North Dakota. The so-called “Tanis deposit”, they say, contains evidence of none other than the very day dinosaurs faced the cataclysmic collision of an asteroid with Earth!

Ever since the father/son team of Luis and Walter Alvarez provided evidence of a major impact as recorded by a layer of extraterrestrial iridium found around the world, paleontologists have generally agreed that this impact did in the dinosaurs (save for birds) along with many other creatures on Earth. But the Tanis deposit is the first such deposit claiming to show direct effects on life within mere minutes of the extraterrestrial impact.  The deposit is said to show fossil fish, trees, and dinosaurs all jumbled together in a layer some 1.3 meters thick, capped by telltale iridium. It is believed this jumble records the effects of a massive tsunami that spread up and across an inland sea in North America from the impact site in Chicxulub, Mexico.

Others, however, are skeptical. For one thing, the study was first announced in the popular magazine The New Yorker before appearing in Proceedings of the National Academy of Sciences and was earlier rejected by another scientific journal. Said paleontologist Steve Brusatte of the University of Edinbrugh, as reported in the journal Science, “I just hope this hasn’t been over-sensationalized.”

Further papers are said to be underway, and the fossils described in the initial study are readily available for examination by other scientists, so time will tell: Is this truly a vivid record of the last day on Earth for the dinosaurs? Stay tuned!

Peering, for the First Time, into a Black Hole!

Black holes are massive killer spots within the universe with gravitational pulls so intense that they suck in all light and matter around them. They’ve long been theorized, and scientists have detected dots in the heavens believed to be black holes, but only now has a black hole definitively been imaged, thanks to the Event Horizon Telescope.

This “telescope” is actually eight separate telescopes in such locations as Arizona, Mexico, Hawaii, Chile, Spain, and the South Pole. Per an Associated Press news report, the combination of these eight acting in concert “has as much magnifying power as a telescope the size of the entire Earth.”

million light-years from Earth. Its “event horizon” is as big as our entire solar system! An event horizon is the zone from which no escape is possible for any matter or light (or Starship Enterprise) swirling near the black hole. It is believed that such black holes exist at the center of most galaxies.

The spectacular images recently released to the public once again confirm the genius of a man named Albert Einstein, who exactly predicted 100 years ago the symmetrical donut shape these images have revealed. That “donut” consists of a hot disk of light and matter swirling around—and about to enter—the event horizon and the dreaded gravitational pull of the black hole. Our own Milky Way galaxy is believed to contain a black hole with a mass 4.3 million times that of our Sun. But don’t worry. It doesn’t appear that Earth will be sucked in any time soon—so you’d better go ahead and make that tax payment and make plans for ways to pay your kid’s college tuition.

The Climate Effect of Geomagnetic Field Reversal on Earth