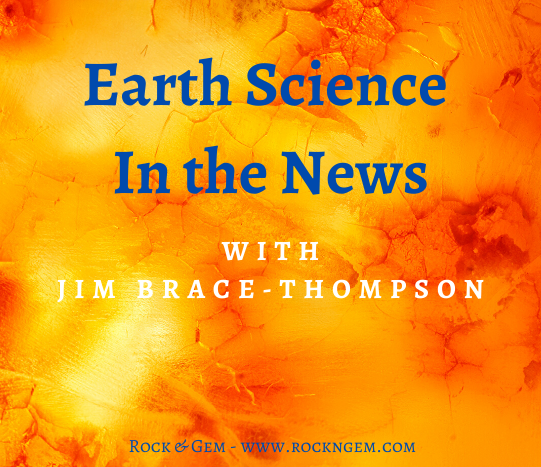 Captured in a time capsule of amber, it measures some seven millimeters long, or just a quarter of an inch, and is said to be the smallest of its kind. For something so small, it is truly ancient, with an age estimated at 99 million years.

What is it? Say hello to the skull of Oculudentavis khaungraae, or “eye-tooth bird”!

On March 11, as featured on the cover of the journal Nature, a team of scientists led by Lars Schmitz unveiled what is believed to be the smallest dinosaur ever discovered. The critter apparently suffocated after foolishly getting its head stuck in tree sap that eventually fossilized into amber. The nugget of amber containing this historic find was excavated in 2016 in Kachin State of northern Myanmar.

Photographs and a CT scan show absolutely amazing details. Among them is a bulbous wide-eyed skull with a slender snout sporting jaws lined with 30 sharp teeth. Those tiny teeth indicate this little critter was a voracious predator of insects or other small invertebrates. Based on the size of the skull, the full dino is thought to have measured just two inches in length and probably weighed less than an ounce. In other words, smaller than your average pet mouse! It is believed to be related to the group of dinosaurs that led to modern birds.

However, some are criticizing the newly published classification as premature given the small bit of evidence at hand. Some such skeptics argue that Oculudentavis is neither dinosaur nor bird but rather may be an ancient lizard. Authors of the paper, themselves, noted: “strong potential for new data to markedly alter [their] systematic conclusion.” So, watch for still more studies to come as paleontologists’ debate whether this is a lizard, bird, bird-like dino, dino, or just a general “dunno”.

The Obsidian Monkey Vase – Is It Real or Fake?

Earth Science In the News: Depletion of Usable Sand?