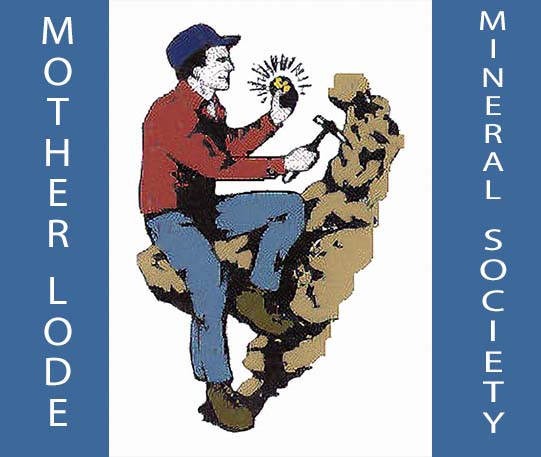 Walt Disney reportedly once said, “Our greatest natural resource is the minds of our children.”

It’s evident how this perception has benefited youth and the Disney brand for decades, but did you know that one of the most active and impactful rock clubs in the U.S. can attribute its origins and much of its growth to the minds and eager interest of youth?

It’s true. The Mother Lode Mineral Society of California (MLMS) grew out of the interest and ideas of a group of chemistry club students at a local high school. It was the early 1930s, and members of the Modesto High School chemistry club expressed interest in going on a field trip to the Sierra Mother Lode 1849 Gold Rush area, to their advisor Dr. Will L. Brown, according to MLMS historical records.

Dr. Brown, a chemistry teacher at the school from 1920 to 1941, approved and lead the field trip. The club also hosted its first mineral show in the early 1930s, and except for a short hiatus during World War II, MLMS has held a show every year. In the early years, the show took place on the canvas-covered wooden floor of the Modesto High School gymnasium. Today, the MLMS, which was incorporated in 1936 with Dr. Brown as the group's first president, occupies the two main buildings of the Stanislaus County Fairgrounds in Turlock, California each March, to present this wildly popular show.

“We provide a high energy, educational family event with an inviting 'come see what there is to do!' feeling. The energy and excitement of our show is felt the moment people approach the admission desks,” explained Terry McMillin, a long-time MLMS member and co-show organizer with her husband Bud, who is also the club’s vice president. “The show committee consists of 33 active members who meet six times a year to plan and organize the show. Show meetings are always high energy events that generate lots of shared ideas. “

In addition to high energy, the words innovative, hands-on, and collaborative also describe the MLMS’ annual show. The group partners with school districts within 40 miles of the fairgrounds to encourage students to attend. In 2019, 4,000 children under the age of 12 attended the show, McMillin said.

“Teachers are very aware of the educational value of our show and encourage their students to attend by offering extra credit for completing the Treasure Hunt, which includes items like the California state fossil, rock, gem, and mineral,” added McMillin. “Kids in our area know all about the show and look forward to it.”

Elementary-age children are not the only youth actively participating in the show. The MLMS, which has a membership of of 291, including 43 junior rockhounds, also teams up with local high schools to create volunteer opportunities for teens. During the 2019 show, 118 students provided 385 hours of volunteer service.

“We would have difficulty running the show without the help of these wonderful high energy kids,” said McMillin.

The collaborative efforts evident during the Mother Lode Mineral Society of California’s Gem, Jewelry and Rock Show, do not stop with the annual event. The Delta Gold Diggers of Stockton, California oversee the gold panning booth, while the Great Valley Museum of Natural History, associated with Modesto Junior College, presents hands-on Earth science exhibits throughout the show. In the past, McMillin said, other collaborative partners have included Women in Mining Education Foundation and the California Geological Survey.

of the importance of community and collaboration to the MLMS, which was incorporated in 1936 with Dr. Brown serving as the first president.

Additional notable guests and presenters who participate in the MLMS show include Dr. Alan Schaffert, organizer of the non-profit organization the Tethys Ocean Project, which is focused on introducing people to marine fossils, and this year’s exhibit will feature sharks; Richard Wade, a popular presenter at the show, whose discussions about dinosaurs typically draw crowds of 300 people and more; along with internationally known paleontologist Neal Larson who joins the ranks of experts discussion dinosaurs during this annual gathering; and Mike and Chris Whittier, owners of Rocks in a Hard Place and MLMS members, whose appreciation for fluorescent minerals began as a table-top presentation. Five years later, and the MLMS show features just not a table or a section devoted fluorescent minerals, but a 1,200-square-foot room with 18 tables of fluorescence exhibits, many of which are from the collections of Fluorescent Mineral Society members.

“We strive to involve people with a passion for what they do,” McMillin explained.

One of the longest and best examples of the MLMS effort to partner with a wide variety of community groups and individuals to enhance multiple interests is the partnership with Modesto Junior College. The two groups have enjoyed a fantastic working relationship for around 50 years, which was when the college started offering day and evening lapidary and jewelry classes, McMillin said.

For its part, MLMS provides and maintains the lapidary equipment, while the college provides the facility and the instructor, who also happens to be an MLMS member. The partnership has grown and evolved over the years and has weathered some challenges including the unexpected closure of space on the Modesto campus where lapidary workshops were held. As the groups work toward and wait patiently for a new permanent space to become available, a member opened a building to serve as a temporary location. These many experiences and collaborations have truly strengthened the relationship between the two groups, McMillin explained.

As the Mother Lode Mineral Society continues to feed various rockhounding interests, every effort is done with an inquisitive and appreciative spirit, which serves to inspire people today and for generations to come.

The Hemlock Claims: Sources Rich in History and Unique Specimens