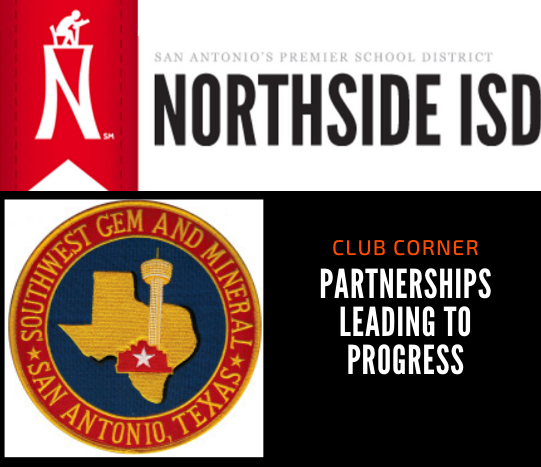 The Southwest Gem and Mineral Society (SWGMS) of San Antonio shared news of a collaborative program between the group and a local school district to promote the study of rocks and minerals.

As part of the club’s outreach program, SWGMS received a proposal from the Northside Independent School District (NISD) to help fund its program activities. The support serves 79 elementary schools and 20 middle schools with an enrollment of about 13,500 students, as reported by the SWGMS.

The rock and mineral kits were selected from several that are offered by Home Science Tools — www.homesciencetools.com (Look for an advertisement for this prolific brand of science tools and kits for children on the Rock & Gem site.) Finding twenty quality iron and stony meteorites for a price within the club›s budget was much more challenging. Brian Barnett of Lonestar Meteorites was able to find the desired meteorites at a price within the club’s budget.

The proposal was presented and approved during one of the club's meetings in late 2019. The kits were purchased and were presented to the coordinators of the NISD after-school program before the end of 2019.

What to Cut: Aurora Opal