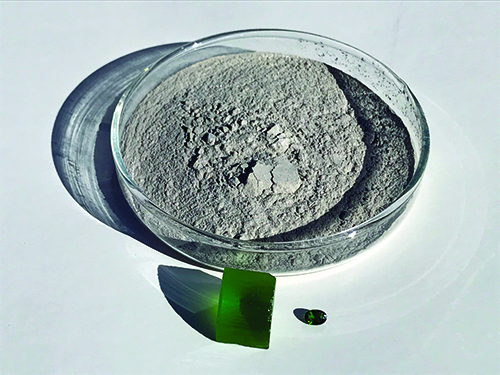 I was a young guy getting ready to graduate from college when it happened. On May 18, 1980, Mount St. Helens erupted with a bang, killing 57 people and unleashing untold damage. When this stratovolcano in the Cascade Range of America’s West Coast let loose, ash spewed 80,000 feet (15 miles!) into the air. There, it drifted and fell like snow across the states of Washington, Idaho, and Montana.

In total, ashfall was reported in 11 of the 50 U.S. states and five Canadian provinces. It’s estimated that within the first nine hours of the initial eruption, 540 million tons of ash was spewed across an area of 22,000 square miles. Small vials of this ash became popular souvenir items sold to tourists. 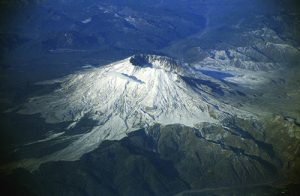 Just as the mythical phoenix (a beautifully bold bird) was born from fire and ash, so too was a thing of beauty born from Mount St. Helens’ ash.

That silica-rich ash has been melted and crafted into a gemstone of man-made glass similar to obsidian. The glass goes by a variety of trade names: Helenite, Mount St. Helens Stone, Mt. St. Helens Emerald, Emerald Obsidian, Ruby Obsidianite, and Gaia Stone, among others.

When melted at temperatures of up to 2,700 degrees Fahrenheit, this volcanic ash typically produces a green glass. This was discovered by accident during salvage operations after the eruption: workers using acetylene torches saw that the ash would turn to green glass. By mixing the ash with coloring agents such as gold or cobalt, helenite has been produced in other colors, such as red and blue.

GEOTOURISM: A Unique and Intriguing Approach to Exploring Our World