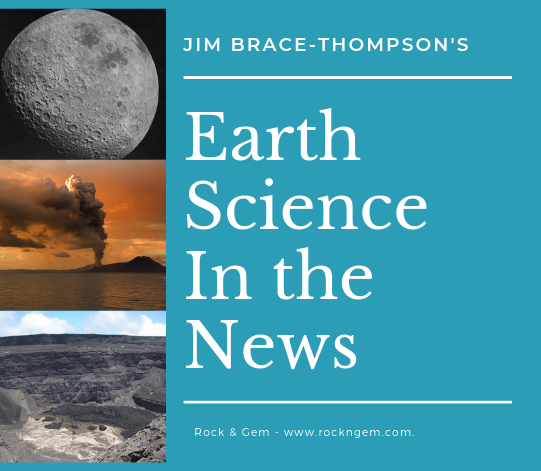 National Public Radio’s 'Science Friday' featured a January 25 interview with Boise State University professor of geophysics Jeffrey Johnson. Dr. Johnson reported how scientists have long relied on seismic readings of micro-tremblors and earthquakes in predicting when a volcano might blow its top, but techniques involving “infrasound” are proving more reliable.

Active volcanoes constantly produce a medley of audible and sub-audible sounds. Audible sounds are those we humans can hear. Low-frequency sub-audible sounds (below 20 Hz) must be captured in recordings and then sped up into the audible range. Such sound waves travel up and through a volcano and inform anyone with the ability to listen about things such as a lava lake deep within a volcano as it begins to rise

Listen to an audio example, posted by LiveScience, of the infrasound produced during the eruption of Chile's Villarrica volcano, and recorded by Dr. Johnson.

Musical instruments produce different sounds depending on the girth of the instrument; for instance, the high-pitched tone of a trumpet versus the low oompah of a tuba. Just so, sounds emitted by rising lava within a volcano varies as that lava ascends from a broad subsurface chamber into the neck or pipe of the volcano, ultimately to explode forth from the crater.

Dr. Johnson described “acoustic resonance”—or the sound reflecting and bouncing about in volcanic chambers and tubes—and how volcano forecasters can now monitor such sounds from kilometers away to determine when trouble might be brewing within a particular volcano. For instance, when a steady low-frequency drumbeat suddenly turns “thuddy”, watch out!

When Earthlings Had to Duck-and-Cover

Scientists have long attempted to measure and calibrate dates and rates of impact craters we can clearly see on our companion Moon, believing that Earth should have been pummeled by concurrent impacts. The Moon has been more-or-less geologically inactive for three billion years. Thus, evidence of such impacts are clearly visible on its surface.

But here on Earth, evidence of impacts often has been erased or hidden by active geological and atmospheric processes, including erosion, ocean waters, ice sheets, or subduction of oceanic plates, thus making it difficult to determine just how much Earth has been affected. In fact, to date, only some 190 clearly identifiable impact structures have been identified on our home planet. But evidence from the Moon tells us there should be far more.

Within the past decades, thanks to interplanetary missions, scientists have observed impact craters on Earth and its Moon, Mercury, Venus, Mars, asteroids between Mars and Jupiter, and on the moons of our outer solar system’s gas planets. As reported in the January 18 issue of the journal Science, recent studies comparing impact craters on Earth and the Moon show evidence that impact rates increased within the past 500 million years, with a particular uptick some 290 million years ago. Further studies of companion planets and moons should help better inform just how much our own Earth has been battered—and how that battering has affected the history of life here at home.

China Lands on the Far Side of the Moon

While the United States launched a series of manned expeditions to the moon in the late 1960s and early 1970s, China recently achieved a lunar first: touching down on the far side of the moon. This region, which American astronauts circled but which went untouched by humans, now is being explored by an unmanned lander and a rover. The landing of the Chang’e-4 probe occurred on January 3. (Chang’e is the name of a Chinese moon goddess.) It soon released a rover dubbed Yutu 2 (Jade Rabbit 2).

The moon always presents one face to Earth, and a big challenge of exploring its other face has to do with sending communication signals back to the mother planet. Apollo missions experienced frightening black-outs as astronauts orbited and entered this “dark side” of the moon. To overcome this black-out zone, China positioned a communications relay satellite.

It is hoped that info sent back to Earth from Chang’e-4—including photos of the surface and read-outs from spectrometers and ground-penetrating radar—will provide new insights into the formation and composition of our lunar companion, which may in turn inform thoughts about the formation of our own Earth. Along the way, other studies are being conducted. For instance, for the first time ever, the Chinese germinated seeds sent from Earth in lunar soil.

Watch for lift-off of Chang’e-5 later this year. That mission that will scoop up samples for a return to labs here on Earth.