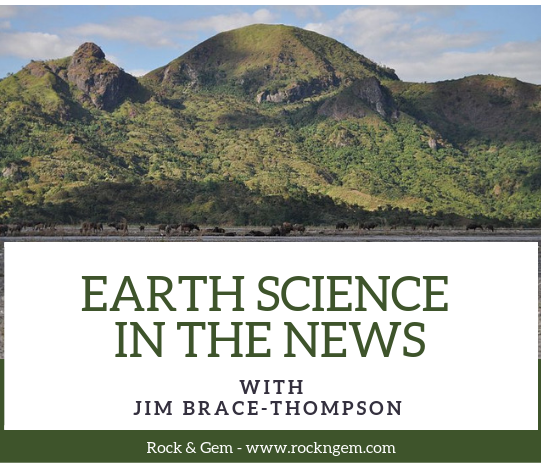 What To Do When Volcanoes Threaten Us All?

Volcanic eruptions can wreak havoc not just locally but globally. For instance, the 1991 eruption of Mount Pinatubo in the Philippines is said to have cooled the climate, worldwide, by 0.7° C, an effect that persisted many years after the eruption. And the 1815 eruption of Mount Tambora in Indonesia caused a “year without a summer” in places as far away as Europe, where mass starvation and migration resulted in political turmoil and revolution. Nowadays, such huge volcanic eruptions could impact air traffic, GPS systems, climate, and more, and could lead to war between nations as food and other resources are stretched to the limit.

Thus in the March 22 issue of the journal Science, some scientists are calling for “resilience plans” in the face of potentially cataclysmic eruptions. They note “global societies are essentially unprepared for such an event.”

While super-eruptions may be rare per human time scales, they are common when considered in geological time. In fact, some 27 super-eruptions are believed to have occurred in the last 2 million years.

Such eruptions affect areas the size of continents and more, causing deterioration of weather that could collapse food crops and thereby threaten the very fabric of civilized life.

Authors of the Science report note that 800 million people live within 100 kilometers of an active volcano, and that a super-eruption would affect far, far more in our interconnected world. At the least, they suggest formulation of mitigation and evacuation plans for those closest to active volcanoes, utilizing increasingly sophisticated means of anticipating eruptions. At most, they suggest we consider large-scale, globally-impacting cataclysmic eruptions and what may be done to preserve civilization as we know it. Such as it is, for better or for worse…

Indonesia Is Shaken Yet Again from Below and Above

Around the “Ring of Fire,” immense plates of our Earth’s crust meet and either slip past or plunge beneath or over one another. The results can be tragic, especially in areas such as the island archipelago nation of Indonesia that not only sits squarely astride a particularly dangerous stretch of the Ring but also has a large population. This puts Indonesia in the news all-too-often due to disasters generated by earthquakes, volcanoes, and tsunamis.

The latest event involved what, by Indonesian standards, was an earthquake considered “only moderately strong,” namely magnitude 5.5.

However, it was enough to trigger a massive landslide at a popular tourist spot on the island of Lombok on March 17 that instantly flattened 32 homes and damaged 525 more. At least two people were killed and 182 others were reported injured in the immediate aftermath. The landslide occurred at the scenic Tiu Kelep waterfall in the foothills of an active volcano, Mount Rinjani.

This latest incidence happened on an island that already saw 500 people killed and thousands left homeless after several earthquakes just last summer. And the latest event sadly coincides with a weather-induced landslide in Indonesia’s Papua province that came in the midst of intense seasonal downpours. That landslide sent mud and rocks plunging into a river, bursting its banks and sweeping away residents. At least 89 are reported killed, 159 injured, and dozens missing, with no let-up in sight as rains continue to pour down.

More Exciting Evidence of the “Cambrian Explosion” from China

In 1909, Dr. Charles Doolittle Wolcott of the Smithsonian Institution uncovered a trove of soft-bodied critters from the Cambrian Period 508 million years ago. Walcott found these in a formation called the Burgess Shale when his horse slipped on a rock during a leisurely family vacation in the Canadian Rockies. The so-called Burgess Shale Fauna revealed detailed evidence of the “Cambrian Explosion.”

As recorded on the pages of dark shale, life forms leapt from simple unicellular organisms to the complexity of modern-day life in a relatively short time span. Until Wolcott’s discovery, all we had to go on when it came to ancient life were the hard remains of shells and body armor. The Burgess Shale revealed soft-bodied worms, jellyfish, sponges, and others perfectly preserved as carbon impressions.

Check out this video about a recent discovery...

Today, attention has shifted from the Canadian Rockies to China. Per a report in the March 22 issue of the journal Science, soft-bodied Cambrian fossils from China include a large number of previously undescribed 518-million-year-old species. The so-called Qingjiang biota rivals and augments finds from the Burgess Shale in helping us understand biological innovation and diversification during this key period in the history of life on Earth.

The new finds exceed those of Walcott in both abundance and in the high fidelity of preservation. Fossils show such anatomical details as eyes, guts, and hair-like filaments and limbs. Scientists have long debated whether the “basal” animal in the history of life is the jellyfish or the sponge. Some hope the new finds from China may help resolve this debate.

Shark or Ray? One Finny Fish, for Sure!