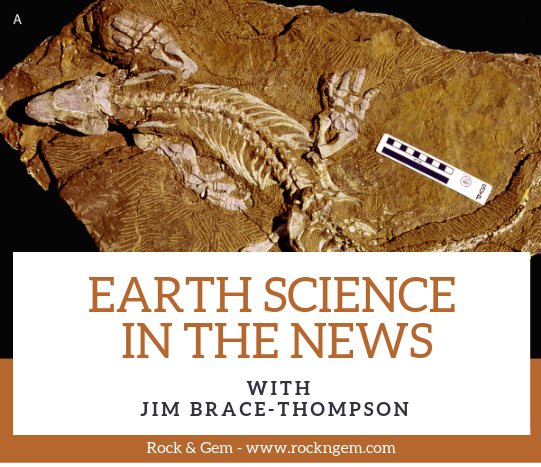 Once upon a time, installation of earthquake monitoring sensors in buildings, bridges, and other structures was an expensive proposition.

Such sensors provide quick info in the aftermath of a quake, letting folks know about the stability of a structure and reassuring them if it is safe, or warning them of imminent or future collapse. They also help determine priorities when it comes to repairing and rebuilding in the aftermath of a major quake. Caltech geophysicist Thomas Heaton compares it to “taking a building’s blood pressure.”

There was a time not so very long ago where the expense involved with such sensors meant that they were reserved for especially big and sensitive public structures, such as major bridges, or for the wealthy who could afford to install them into their skyscrapers.

No longer! Per an article in a recent issue of the journal Science, costs of sensors and cloud computing are plummeting. As one happy result, private companies are teaming with school districts in quake-prone regions such as Mexico City and Los Angeles to install sensors into public schools. A long-term goal would see such sensors in virtually every building in areas particularly prone to major earthquakes.

When It Rains, Data Now Pours

Floods have been a fact of life since the first rains fell on planet Earth. Not so long ago, all we could do when snow melted, storm clouds gathered, rains fell, and rivers breached their banks was to observe and send in help after-the-fact. But, per a recent report by the Associated Press, geological, physical and atmospheric scientists now have a full set of technological tools to help before, during, and after flood emergencies.

The new technologies employ supercomputers, drones, smartphones and tablets, sonar, and sophisticated simulation models and geographic information systems to offer predictions of where major problems may emerge and their impacts well before a river reaches flood stage. Ever-more-affordable supercomputers being fed information from specific locations via smartphones allow for “real time” analysis to enable political leaders and emergency managers to make quick and accurate decisions that help save lives and property.

With tens of millions of people living under threat of floodwaters in the U.S. alone, such new technologies are ever more vital. And they prove ever more blessed for the assistance they bring to people in need during and following major disasters.

When it comes to exploring how truly ancient creatures on Earth walked about, all we once had to go on were fragmentary skeletons and trackways of fossil footprints. No longer! In an interesting study in the journal Nature, scientists have taken a distinctly modern multi-pronged, multi-disciplinary approach to suggest how a critter named Orobates pabsti walked.

This critter’s 285-million-year-old bones and trackways have been found in what is called the Bromacker locality of Germany. Scientists reconstructed its skeleton and created “OroBOT”, a robotic simulation that enabled them to explore over 500 potential movements to best match the fossil trackways while measuring such factors as energy consumption and conservation, efficiency, balance, gravity, friction, and more in a bio-mechanical analysis. The authors also drew into consideration comparative analyses of the gates of contemporary animals shaped much like Orobates, including salamanders, lizards, and caimans.

The study shows that Orobates walked perfectly well—thank you very much—and held its own against its reptilian and mammalian decedents. Authors of the study hope their tools and techniques will help scientists explore much more: the origins of flight, bipedalism in humans, and such transitions as going from aquatic to land environments among early tetrapods or the return to aquatic environments by marine mammals.

They have provided an interesting multi-pronged, multi-disciplinary approach that might be applied to all manner of questions regarding ancient life on Earth.

Earth Science in the News: Volcanoes, Earthquakes, and Fossils

Earth Science in the News: Hidden Lake on Mars