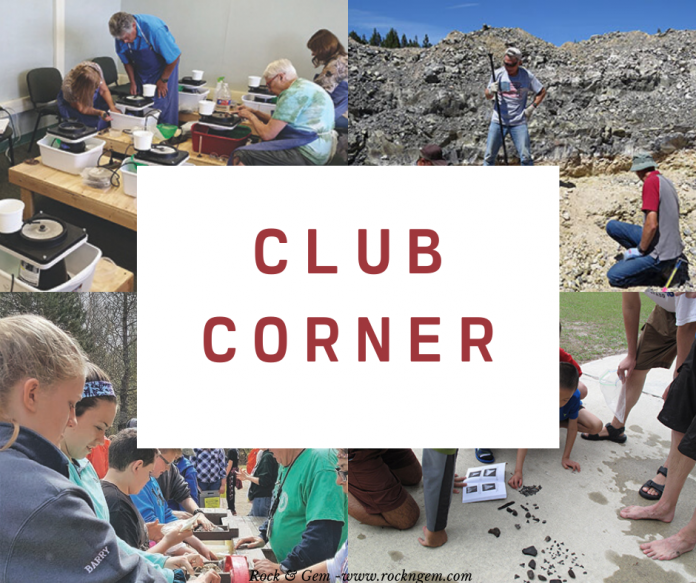 Editor's Note: Through this column, we honor the work and focus of rock and mineral clubs throughout the U.S. and beyond.

The Southwest Gem and Mineral Society (SWGMS) of San Antonio recently shared news of a collaborative program between the group and a local school district to promote the study of rocks and minerals.

As part of the club’s outreach program, SWGMS received a proposal from the

Northside Independent School District (NISD) to help fund its program activities. The support serves 79 elementary schools and 20 middle schools with an enrollment of about 13,500 students, as reported by the SWGMS.

The proposal was presented and approved during the club’s September meeting. The kits were purchased and in early October were presented to the coordinators of the NISD after-school program.

Making the Most of ‘Rock Party’ Gatherings

“This is the power of gathering: it inspires us, delightfully, to be more hopeful, more joyful, more thoughtful: in a word, more alive.”— Alice Waters

There are many ways to explain the importance of gathering with others, but this quote from Alice Waters sums it up nicely.

Something that appeared in the October 2019 issue of the Lincoln Gem & Mineral Club’s Pick & Shovel newsletter inspired this focus on ‘gathering’. Within the newsletter, mention is made of upcoming ‘rock parties.’ Sometimes the location of these gatherings is the home of a club member, while other monthly parties are held at local businesses. Regardless of the location, there’s no question these rock parties are enjoyed by all.

According to the post-October rock party report, members gathered at the home of Jackie and Charles “Wooly” Woolridge for a potluck-style meal, great conversation, camaraderie, and the opportunity to use various pieces of lapidary equipment.