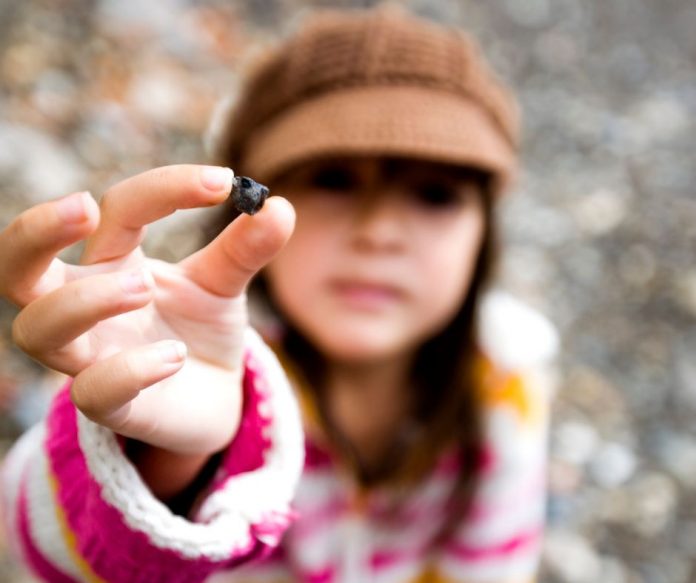 What is a rockhound? I started thinking about what makes up a “rockhound” when I was leaving an emerald field in North Carolina. The owner had shown me several of the emeralds from her diggings and then made a derogatory remark about the rockhounds that visited her mine, citing their lack of knowledge in looking for these gems. At the moment I was hot, sweaty and covered with a layer of wet red clay from digging at the bottom of a pit for several hours.

I did not take to this remark kindly and had to bite my tongue not to make a caustic comment in return. However, as I drove away I remembered that she had several beautiful emeralds she couldn’t bear to part with, along with a stunning piece of quartz that she recently bought from one of her customers. Ha, I thought, she is nothing but a rockhound herself. She just has more specialized knowledge of the minerals in her area.

Rockhounds come in all shapes, sizes, occupations, and ages. I recently left Arizona and turned over the leavings of the rockpile in my backyard to the neighborhood children. Within hours, it disappeared - the baby boom of five new rock piles and five new rockhounds.

Some rockhounds just collect micro-mounts. They usually give one the feeling that they are the crème de la crème of rockhounds. I have spent many boring hours looking through a magnifying glass at the minute grains in their collections.

They always have several of these glasses around and at least one microscope. I’ve noticed they lower their voices at what they have paid for these tiny bits of rock if their spouse is not a collector. Rockhounds do get sneaky if only one partner collects. I once moved 1,500 pounds of rock across the country in cartons marked “books” so that my husband wouldn’t realize just why the moving company was charging us so much.

I have been friends with many a gold prospector that maintains all he wants to do is “strike it rich.” But, when they do find a nugget of considerable size, where is it?

I’ll tell you! It’s usually in their home or pocket so they can show it to others. They are just rockhounds of precious metals.

I have friends who own a commercial quartz crystal mine in Arkansas. Do you think they can part with their best pieces? Of course not. Their home is lined with shelves of beautiful specimens, along with their driveway, porch patio and even their kitchen window. They have all the symptoms of dyed-in-the-wool rockhounds.

You don’t need to carry the label rockhound to be one. I’ve met people who would scoff if I called them that. The stray rock I saw in their yard or home was just something they picked up because it was pretty or interesting looking. I know one person who has a ping-pong table filled with rocks picked up over the years because they were interesting. In my estimation, all of the above are latent rockhounds.

If you have ever met a collector of Native American artifacts, have you noticed that they can tell you just what kind of minerals their arrowheads are made of — quartz, chert, granite, obsidian, etc. Rockhounds all!

And, I can’t help but think that precious gem collectors and jewelers are in it for more than just monetary reasons. The few I know can give me a rundown on each gem, virtue by virtue, carat by carat, sheen by shine. They are just the elitists in the rockhound field. I might add that I would love to graduate into this type of collector myself.

Have I mentioned fossil hunters? Ordinary rocks are not for them, their collection has to tell a story of inland seas and ancient times. They collect anything from petrified foraminifers to agate dinosaur droppings. I must admit that most of us rockhounds have some fossils in our collections, but we would be hard-pressed to tell you just what we had and what age it came from. We usually take our finds to knowledgeable members of our group for identification. I once met a rockhound I called an “old fossil” but that had nothing to do with collecting. Almost every group has one of them present!

Rockhounding can be catching and we “rockers” usually infect the people around us. My husband, who at one time wouldn’t get out of his chair to look at a meteor if it fell from the skies in front of him, has changed his attitude over the years. I once made him go gold panning with me and he sat on the banks of a small stream and watched me work for several hours.

I dug deep holes, moved large boulders, carried tons of dirt in pails and fell into both the creek and a patch of poison ivy. His only comment was, “If I made you work this hard at home, you would divorce me!” Cleaning out the car after I arrived home, I found this useless piece of granite with mica in it. “Where did this come from?” I asked. “Well,” he replied, turning a little red, “I found it in the stream and thought it was pretty.” I call this a budding of a blooming rockhound.

Another little bud is my daughter. She is vehement in declaring that she is no rockhound. Last week I talked her into going with me on a trip to a nearby quarry. She agreed as long as I didn’t expect her to look for anything and she reinforced this statement by putting a lawn chair, suntan lotion and a book in the truck with us. She also made several nasty comments about crazy people who spend the day breaking apart boulders and calling it fun.

When we got to the quarry she took one look at the beautifully fractured garnets impregnated in the granite schist, grabbed my extra sledgehammer and went to work. Hours later, she had the truck filled with huge rocks, saying that she collected more than she needed because she wanted her brothers to have some of them for their homes. Now, all of my children have 30 to 40-pound doorstops and enough rocks to start a rock garden. I hate to think of what we would have brought back if she had been a “rockhound.”

One nice thing about rockhounding is that it heightens your awareness of nature and the riches of this planet earth. Rockhounds also develop an ability I call “vision sharpening.” I now notice everything on the ground around me. Indoors, this talent has led to minutes more play at the one-armed bandits in Las Vegas as I am now adept at finding coins on the casino floors. Outdoors, I not only find lots of interesting rocks, but I also have collected pop can rings, petrified bubble gum, lost keys and a smattering of dried rabbit and burro droppings. Once, I found what I thought was a fantastic fossil and only after picking it up, did I realize that it was a decomposing fish that still needed a few thousand years to cure. I might add that no one in the group came near me for the rest of the day. I smelled as ripe as the fish after this encounter!

Rockhounds are dreamers. If we weren’t, we wouldn’t pursue our hobby to the extent that most of us do. My favorite dream is where the curator of the Smithsonian is begging me on bended knee to donate the magnificent specimen that I just found to the museum. I already know my answer, “Golly, I would like to, but it looks so good on my fireplace mantel that I can’t give it up.” This answer also proves that some of us have rocks in our heads.

The woman I met at the emerald mine just doesn’t realize that a person needn’t be a geologist, or specialist, to enjoy rockhounding. You can be a housewife, doctor, lawyer, or truck driver — whatever. You can rockhound every weekend or just collect whenever you see a rock that catches your eye. You can join a club or go it alone. As far as I am concerned, civilization started when a rockhound first picked up a stone and decided that it might make a good tool. One of man’s greatest accomplishments included a rockhound field trip. We call that resultant collection “moon rocks.” In conclusion, I think that rockhounding is born and bred into all of us, it remains passive in some, but the rest of us can be seen trekking through fields and streams hauling out “specimens” for our collections.

This story about what is a rockhound appeared in Rock & Gem magazine. Click here to subscribe. Story by Marilyn Mchugh Meier.