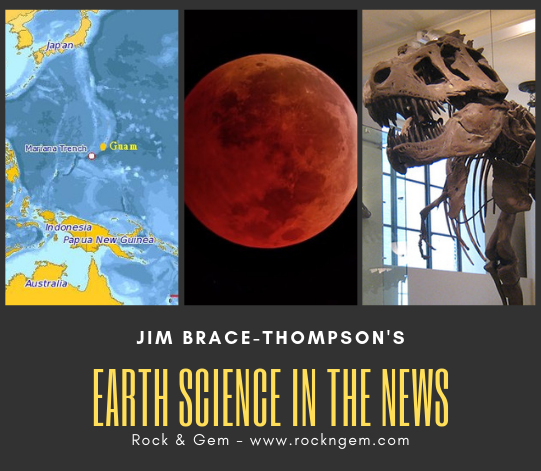 Exploring the Deepest Spots on Earth

Ocean trenches are long, narrow slits on the seafloor where one tectonic plate meets and is sub ducted beneath another plate. The bottom of the trench that forms at such junctures may be as far as 2 to 2.5 miles below the surrounding oceanic floor, making them the deepest spots on our planet Earth. Because of their great depth, they are also among our least explored, least understood, and most mysterious spots. Multi-millionaire Victor Vescovo hopes to peel back a bit of that mystery.

Vescovo is undertaking the “Five Deeps Expedition” in an effort to reach every ocean’s deepest trench in less than a year. These include trenches off Puerto Rico, the South Sandwich islands, Java, the Mariana Islands, and the “Molloy Deep” between Greenland and Norway. While most dives will be on the order of 5,500 to 8,400 meters, the dive into the Mariana Trench will descend as far as 10,925 meters. By comparison, the height of Mount Everest (which Vescovo has personally scaled) is 8,848 meters!

As reported in the December 24, 2018, issue of the journal Science, Vescovo was set to make his first descent in a titanium-alloy submersible that was taking him to the deepest spot of the Atlantic Ocean: the Puerto Rico Trench. His submersible was built to withstand depths of 11,000 meters, so—at 8,408 meters—the Puerto Rico Trench should be a piece of cake.

Scientists hope these expeditions will provide high resolution maps and rock samples offering insight into how such trenches form, along with exotic biological creatures that call such deep-down places home.

T. rex—that most fearsome of dinosaurs—is the rock star of predators. School kids worldwide immediately recognize it. It turns out, though, that the sleek, mean, meat-eating machine from the Cretaceous Period may not have been as sleek as previously portrayed.

critter that dragged its tail on the ground. Then came paleontologist Bob Bakker and his book The Dinosaur Heresies, and suddenly T. rex was slim and sleek, balancing its head and tail erect, and thundering into everyone’s nightmares with the release of the “Jurassic Park” novels and movies.

In 2018, the largest and most complete T. rex skeleton, dubbed “Sue”, was removed from display at the Field Museum in Chicago and disassembled. She was recently reassembled and placed back on display with a whole new look. That look includes a much bigger belly with wishbone and arms squished closer together, thus giving her what folks are calling a “more rotund” look, which also jibes with a new weight estimate of 9-10 tons versus earlier estimates of 5-7 tons. She remains one mean, meat-eating machine, but not so sleek?

A lunar eclipse occurs when the moon and the sun are on total opposite sides of our planet and Earth’s shadow briefly blot-outs the surface of the moon. While a total or partial eclipse of the moon is visible from somewhere on Earth on a fairly regular basis, a truly rare event is about to hit North America, namely, a super blood wolf moon eclipse. To view it, head outside and look skyward late at night on January 20.

What exactly do all these words mean? Well, we’ve just explained what an eclipse is.

A “supermoon” occurs when the moon’s orbit brings a full moon closest to Earth, making it look much bigger and brighter than usual. During an eclipse, some light from the sun still slips through Earth’s atmosphere, which filters out blue light, causing the shadow that spreads across the moon to appear a coppery red, hence the term “blood moon”. A “wolf moon” is a full moon in January that causes wolves to howl in hunger during a cold winter’s night.

So, come January 20 (starting 9:36 PM Eastern Standard Time), head outside and look up. The maximum point will occur at 12:12 AM, EST, on January 21. The next total eclipse won’t be visible from North America until the year 2021.

Just Off the Wheels: Mattie Gadd