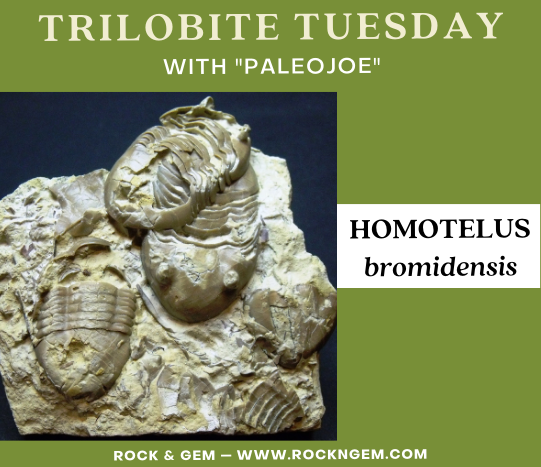 The Ordovician trilobite HOMOTELUS bromidensis is often found in mass death assemblages. It is theorized that they perished due to a catastrophic event during the mating period. Today, modern horseshoe crabs gather by the tens of thousands for mating.

Iridescent Rocks: The Rainbow of the Mineral World