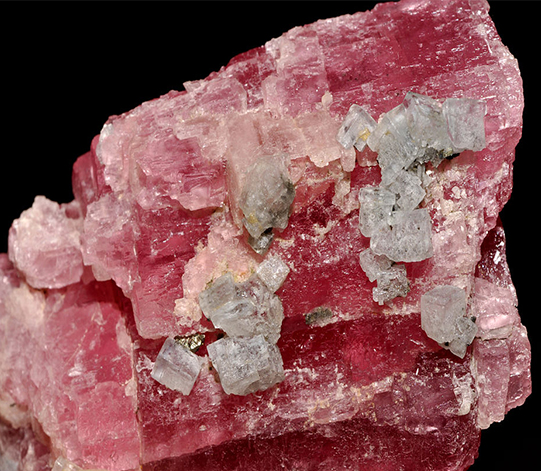 Editor's Note: The Rockhound Review is a space where guest contributors can weigh in on topics stirring within the rock, gem and mineral community or share their insights (serious and lighthearted) about a specific topic. The views shared here are those of the guest contributors.

Last month I described what would happen if some popular movies since 1965 were actually about rocks and minerals. So here in the second part are several old classics, also restyled as if they were about our hobby and pastime. Can you think of a movie you would like to be about rocks?

(1946 It’s A Wonderful Life)
After a bank forecloses on his rock shops and mine filled with hard-to-find pink rhodochrosite, George Bailey (Jimmy Stewart) is so distraught that he wishes he was never born. Then a friendly angel shows him what his life would be like if he never lived. His popular rock shops and mine would be gone, he would be a librarian and the local rockhounds and mineral hobbyists are collecting salt and pepper shakers.

(1936)
Escaped con (Humphrey Bogart), holds hostages in the Arizona park where he lectures the captive audience on petrified wood and silica formations. He reads from his best-seller “Why I Am Petrified of Wood” or “Why petrified wood is misunderstood”.

Gone With the Mine

(1939 Gone With the Wind)
During the Civil War, Grant’s army for no reason destroys the Southern mines filled with barite and mica. Meanwhile General Lee captures a huge supply of agate, and southern ladies, led by Scarlett O’Hara craft cabochons into fine jewelry to sell for raising needed money for the army. Not impressed with this, Rhett Butler (Clark Gable) says “Frankly, my dear, I don’t give a damn.”

(1939 The Wizard of Oz)
Up the yellow brick road and over the rainbow, Dorothy (Judy Garland), Tin Cassiterite (SnO2) Man, and his friends eventually meet the little wizard who covets the magical ozite. But it turns out ozite is just a fable and he has only some ordinary feldspar and psilomelane (manganese!) On the way, Dorothy loses her rubies in a slipper.
cassiterite

The Phantoms of the Opera

(1943 and 4 remakes, 2009)
Mesolite (zeolite) and quartz crystals are found in an old Parisian opera house by an ugly disfigured mineral dealer/opera teacher. The lovely mesolites are translucent and the quartz has perfectly formed crystals. He is inspired by the unique glimmering phantoms in the quartz to write beautiful operatic scores. The masked man displays the fascinating inclusions to the public before auctioning them on Ebay.

(1958 and 1988)
In this sci-fi favorite, a giant monster of Cherry Jello invades the Tucson Rock and Mineral Show and engulfs the city and all the minerals on sale. This gelatin from outer space cannot be stopped until a savvy mineralogist (Steve McQueen) shoots it down with a laser rifle. In the end, only the very rare mineral, Gadolinite (Ytterbite), destroys the Blob. Gadolinite is like Superman’s kryptonite. Afterward, the ruined show is looted by mineral collectors.

Mineral of the Week: Genthelvite