Thanks to plate tectonics, our ocean floors are always on the move, and underseas earthquakes are common occurrences that occasionally result in tragic events on land. These include shaking and quaking and inundation by tsunamis. But monitoring for geologic events on the ocean floor is both difficult and expensive.

Per a recent article in the journal Science, a team led by Zhongwen Zhan (California Institute of Technology) conducted a nine-month study of an ordinary submarine fiber-optic cable connecting Los Angeles to Valparaiso, Chile. Meant for telecommunications, the cable also proved useful as a geophysical tool to monitor stresses and strains on the ocean floor.

How so? Light transmits data through telecommunications cables. But occasionally that data flow encounters a hiccup when an earthquake or an ocean swell causes polarization of the light flashing along the cable. Zhan’s team discovered that such polarization can help scientists identify an earthquake event and measure the degree of magnitude. The cables also showed sensitivity to ocean swells, which researchers suggest could help predict a tsunami.

Per Zhan, this previously unexploited tool “presents an opportunity to fill a data gap” left by the expense and trouble of laying down underwater seismometers within budget constraints that scientists always face. Instead, Zhan suggests, we can simply convert already existing “global submarine cables into continuous real-time earthquake and tsunami observatories." 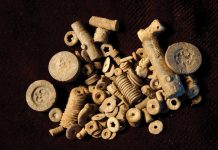