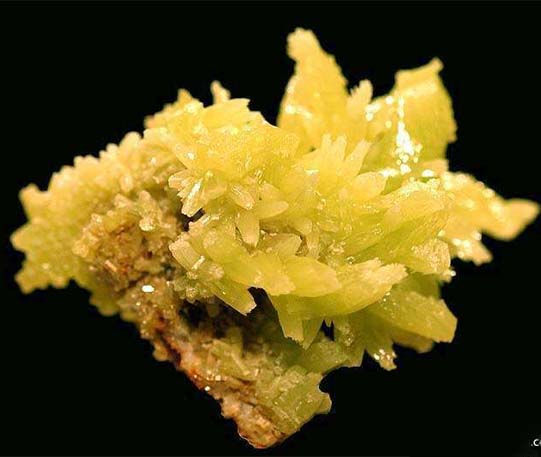 Several years ago, while I was on holiday in Ireland, with my mom and three sisters, one sister began using a singular phrase for many of the things we saw. Some have wondered if the phrase — which was "Hmm, it's similar but different," was a slight to whatever came after the original object she used as a point of reference. I believe the phrase, in many instances, was praise for both items of the comparison.

That's certainly the sentiment I have about the mineral pyromorphite. It's not unusual for people to compare and, to be fair, confuse, this mineral with mimetite. However, I think that is just an indication of the impressiveness of each mineral. For this special Tuesday Edition of Mineral Monday, the focus is on pyromorphite.

All photos featured in this post are courtesy of The Arkenstone Gallery of Fine Minerals, www.irocks.com.

One of the aspects of this mineral that I find most appealing is its most common crystal form, which is barrel-like hexagonal crystals, according to information presented at www.minerals.net. That's not to say that's the only form and aggregate it appears, as there are various examples of botryoidal, bipyramidal, and radiating specimens of pyromorphite.

It also appears in a range of colors, including various shades of green, brown, gray, and white, and even green with orange. Yet, the most prevalent color among specimens extracted from the earth is green.

A member of the apatite group of minerals, pyromorphite, is composed of lead chlorophosphate. It was reportedly identified by its chemical structure in 1784 but remained unnamed until J.F.L Hausmann gave the mineral the formal name pyromorphite in 1813. The origins of the name are Greek, with pyr (fire) and morfe (to form).

With that, the next time you come across specimens of mimetite, consider what you see as indeed mimetite. Or something "similar, but different," like pyromorphite.