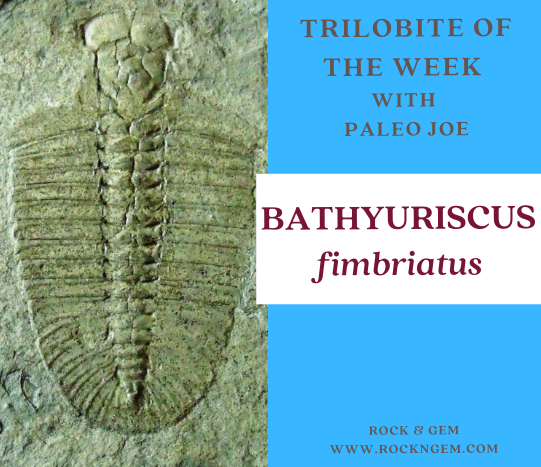 This Cambrian trilobite is found in the Wheeler formation of Delta County, Utah. Interestingly, it is quite uncommon to find this trilobite with free cheeks attached. Most examples appear as discarded molt because, with a hard exoskeleton, this trilobite species tended to molt to grow.

The BATHYURISCUS fimbriatus would split at the free cheeks and swim away to grow and harden its new exoskeleton. The cephalon, when found complete, is expanded forward and roughly semi-circular. It ends in small genal spines, which are the only spines on this species. The central or axial lobe is quite thin, and generally, this trilobite has nine body segments with a pygidium or tail that is fairly wide and flat.

What are Index Minerals?