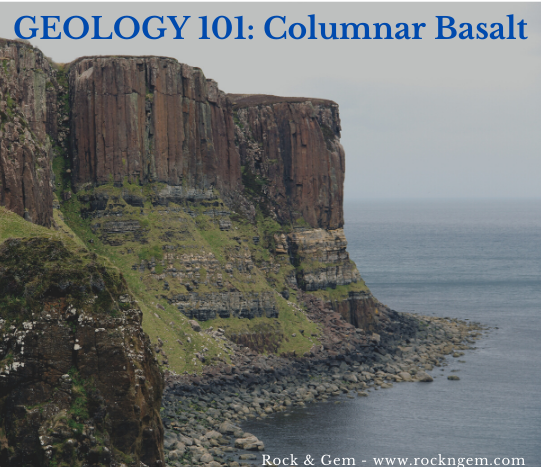 A distinctive volcanic structure found throughout the world has been given fanciful names: “Organ Pipes” in Namibia and Victoria, Australia; “Kilt Rock” and “Samson’s Ribs” in Scotland; “Giant’s Causeway” in Northern Ireland; “Thunderstruck Rocks” in Romania; “Devils Tower” in Wyoming and “Paul Bunyan’s Woodpile” in Utah, USA; the “Baigong Pipes” in China; and the “Cliff of Stone Plates” in Vietnam. High-resolution satellite images have even shown similar as-yet-unnamed structures on Mars.

What is the distinctive structure all these have in common? They often are composed of basaltic lava flows that cooled to form “columnar basalt.” Columnar basalt exhibits massive, vertically standing columns. Although usually hexagonal (six-sided), such columns are polygonal (multi-sided) and may have anywhere from three to 12 sides. They are often so uniform in size and shape that they seem to have been artificially constructed, like giant columns of poured concrete. But these columns most definitely were not crafted by the hands of humans!

Rather, they are natural formations resulting from the cooling of thick outpourings of lava. Under certain conditions, lava contracts as it cools.

This occurrence is particularly so when cooling rates are fairly uniform. In such conditions, lava cracks and fractures. Cracks along the cooling surface get propagated downward, resulting in the long, well-defined columns known as columnar basalt. Rapid cooling is believed to create columns with small diameters, whereas slow cooling creates much wider columns. Some believe water (from rain, lakes, or oceans) may also play a role in the cooling and fracturing process.

It’s often said the most famous example of columnar basalt is the Giant's Causeway in Ireland, but, as noted above, examples exist worldwide. For instance, while visiting my daughter’s family in Scotland, we saw spectacular cliffs of columnar basalt—complete with waterfalls—jutting out into the sea in a popular formation known as Kilt Rock.

Here in the United States, as a nine-year-old, I visited Devils Tower National Monument in Wyoming (prominently featured in the movie Close Encounters of the Third Kind). More recently, I’ve traveled to Devils Postpile National Monument in California. Wherever and whenever you see such structures, it takes your breath away in amazement. Here’s wishing you an equally amazing encounter.

Jim began and oversees the AFMS Badge Program for kids, has been inducted into the National Rockhound & Lapidary Hall of Fame within their Education Category, and is the president-elect for the American Federation of Mineralogical Societies.