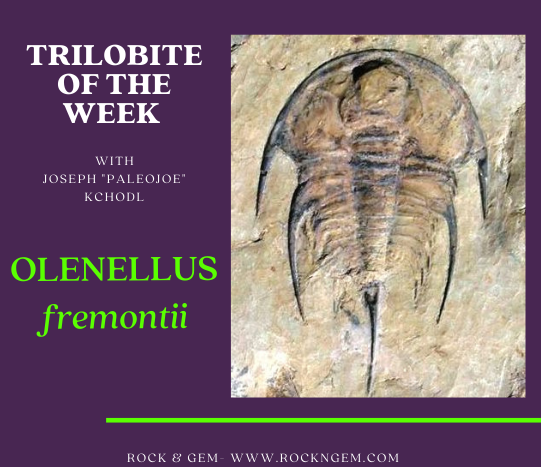 Nevada is known for its grand casinos, but for trilobite hunters, it is known for grand Cambrian trilobites. Equally grand, in terms of trilobite size, is the Nevada native OLENELLUS fremontii.

This type of trilobite is known to grow up to four inches in length, double the standard size of various other genres. Additionally, most OLENELLUS fremontii trilobites reveal upward of 30 body segments, with each section ending in spines of varying lengths. One of the thoracic spines is larger than the others and ends in long spines that extend past the tail section. The cephalon of OLENELLUS fremontii is semi-circular and ends with very long genal spines, and are often extensively ornamented.

Examples of OLENELLUS fremontii are found preserved in the Pioche Formation of the Klondike Gap of Nevada, and are highly sought-after fossil hunters and collectors.

A Life Transformed by Picture Rocks