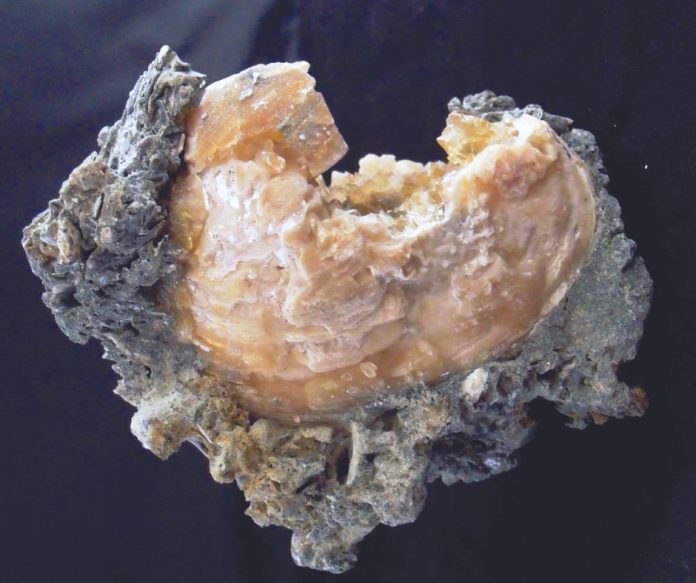 Crystallized fossil Mercenaria clams from Florida are prized by fossil and mineral collectors prized for their beauty and natural preservation.

What are Mercenaria Clams?

The Mercenaria permagna is a marine bivalve - an aquatic mollusk with two similar halves hinged together and containing the soft parts of the creature within the calcium carbonate shell. Various Mercenaria species, also called Venus clams, are still alive in the oceans today and are edible. You may see them on the menu as quahog, cherrystone and littleneck clams. The valves usually have bilateral symmetry, which means only that the two haves are nearly equal in size and shape.

During the Pleistocene Epoch, 78,000 to 1.8 million years ago, these animals thrived in the warm saltwater tropical seas that periodically transgressed Florida. A transgression is the inundation of a landmass with water, be it salt or fresh, that remains for an extended period.

Regardless, the clams lived and died in this space because they were trapped beneath the waves and sand or tossed up onto the beach. Being a hard substance, the calcium carbonate shells would generally survive decay while the soft tissues decayed, creating a void. Over time, calcium-rich water would permeate the shells and deposit calcite within the void, creating beautiful amber-colored rhombohedral crystals. 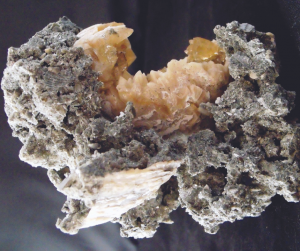 These amber-colored crystals are sometimes called honey amber. The impurities determine the color of the crystals during formation.

Calcite is one of the most common and abundant minerals on earth. It has a Moh’s hardness of three, and a soft Coquina matrix generally surrounds the clams.

During the era in question, when the sea level dropped significantly, acidic rainwater dissolved some of the shells and beach sand that had accumulated and cemented them together to form Coquina. This Coquina is composed of many shell fragments and other dissolved or partially dissolved calcium carbonate structures. As sea levels again rose, successive sediment layers covered the area.

Where to Find Mercenaria Clams

These natural history wonders came from the once-closed Rucks Pit Crystal Mine located in Fort Drum, Florida. They have a pay-to-dig site where people can pick through the spoils piles; however, the most prized complete specimens are hardly ever found. Geologically, they generally were found within specific zones just above the Tamiami Formation within the Lower Nashua Unit. Diggers are most likely to find pieces of clams, whelks, and other shell material along with small and large calcite crystals, but it's worth a try!