By Jim Perkins with Antoinette Rahn

Faceting Focus is sponsored by… 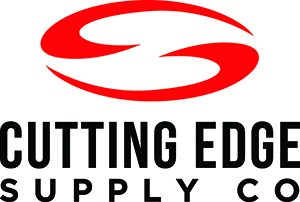 One of the many benefits of being a lapidary artist is the opportunity to spend time doing something you love to create one-of-a-kind art and jewelry to sell to someone who finds it enchanting or to give as a gift to someone special. It’s a win-win, whatever the reason or result.

Sometimes such a piece is even more memorable because of the inspiration. For Jim Perkins, the mastermind behind the patterns and cut stones featured in the Faceting Focus column, the inspiration for Diane’s oval is a classmate. While attending his 50th high school class reunion, Jim was able to catch up with a classmate, Diane. She and her family were people Jim always thought a lot of, he said. Diane was a majorette in school, and her brother was a fellow Boy Scout with Jim.

“I simply was inspired to cut a stone for her,” Jim reports. “Amethyst is her birthstone, so I designed the stone. I often do this for my friends from school.”

We are not sure if Jim was voted “Most Likely to Succeed” during his senior year, but when it comes to faceting, Jim’s carved an exciting and inspiring path in faceting. His exposure to gemstone cutting and design took place when Jim was in seventh grade and attending a meeting of the Akron, Ohio, Gem & Mineral Club and The Medina Gem & Mineral Society, a group in which his family was involved.

For more than three decades, he has been honing his skills, amassing faceting and gemstone knowledge, and encouraging others to do the same. A perfect example of this mindset can be seen in Jim’s response to the question: What important advice would you share with anyone looking to tackle Diane’s oval faceting pattern?

“We all stand on the shoulders of giants,” he said. “Read everything you can that they have written, study designs they have done, and look for ways to improve the designs to make (each) your own.” 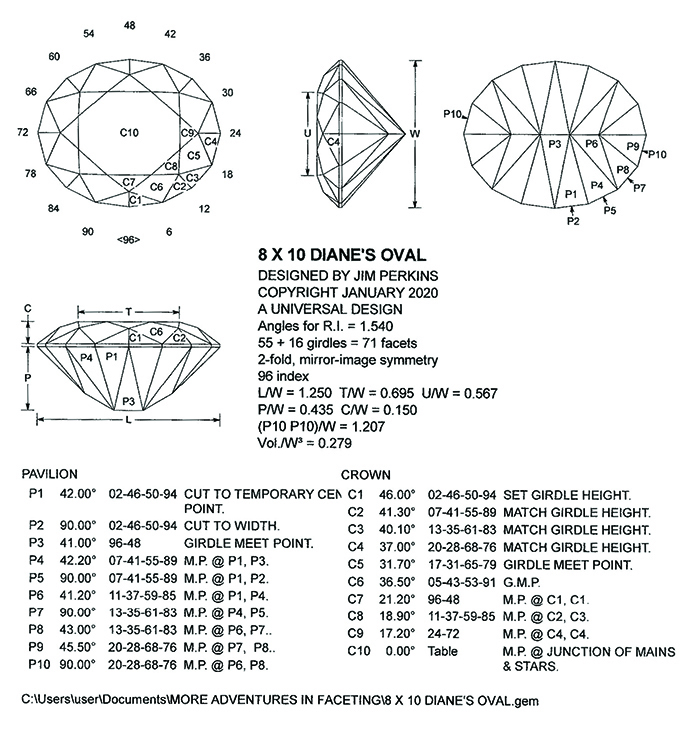 During a year such as 2020, interests such as faceting, other lapidary work, and rockhounding can have a considerable impact on an individual’s life and people with whom they seek to stay connected.

“It has given me something positive to work on and kept me away from the television,” said Jim about faceting projects during 2020. “Faceted stones that I do let my friends and family know how highly I think of them. Anyone can go buy a gift, but I take time to create a gift, especially for them.”

If you’ve been thinking about whether faceting is for you or getting started faceting, we have a few tips to get started.

• If you are not involved with a local or regional gem and mineral group, visit the American Federation of Mineralogical Societies (www.amfed.org) to locate a gem and mineral group near you. Many groups, or the federation with which the group is affiliated, have at least a few people skilled in various forms of lapidary and can point you in the right direction.

• The United States Faceters Guild (www.usfacetersguild.org) is focused on promoting the art, skills, and instruction of faceting. Also, the organization aims to be a national repository for faceting resources and host of faceting competitions. Note: Jim Perkins was a 2020 award winner in the pre-master class.

• William Holland School of Lapidary Arts (www.lapidaryschool.org) is a Georgia-based institution offering courses on a variety of lapidary practices, including faceting. Normally, the School hosts many sessions between the end of April and the first part of November, but with COVID-19-related restrictions in place, the School is closed to in-person sessions. However, the School is offering online programming.

On the Go: Catching Up With Gail and Jim Spann