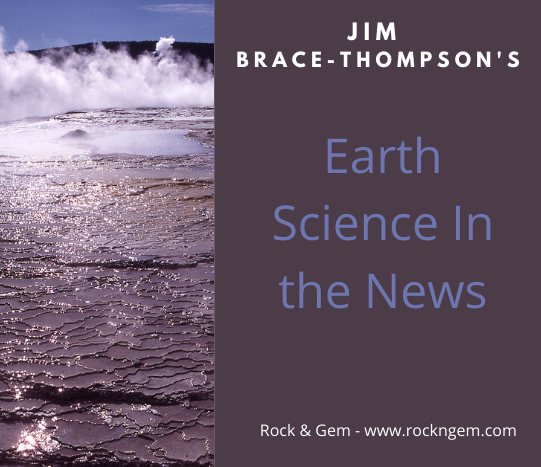 Some long-dormant geysers have been erupting in Yellowstone in recent years. The latest made a rip-roaring return on Tuesday, August 25, 2020.

True to its name, Giantess Geyser is one of the largest in Yellowstone National Park's geyser basin, but it had gone quiet for nearly seven years (six years and 210 days, to be exact). As if to make up for lost time, it issued a mighty fountain of steam that lasted some 40 hours and could be heard over a mile away!

In years past, Giantess was known to erupt as often as two to six times a year, spouting steam as high as 200 feet into the air while shaking the ground around it. Some wonder if this means Giantess has sprung back to life and will begin a new phase of eruptions, but the U.S. Geological Survey (USGS) says there is no way to tell and that the vast majority of geysers, unlike Old Faithful, "don't follow even loose schedules." So if you were planning a trip to Yellowstone in hopes of seeing Giantess in full action, you might be setting yourself up for disappointment.

Some tabloids speculate that this long-delayed burst portends a massive volcanic eruption with continent-wide implications from the so-called "supervolcano" underlying the Yellowstone region, to which the USGS retorts, "This is what geysers do."

In other words, like the traffic cop waving along looky-loos at the scene of an accident, the USGS is saying there's nothing more to see here. Just move on!

The Essence of Iridescent Minerals

What to Cut: Indonesian Stick Agate