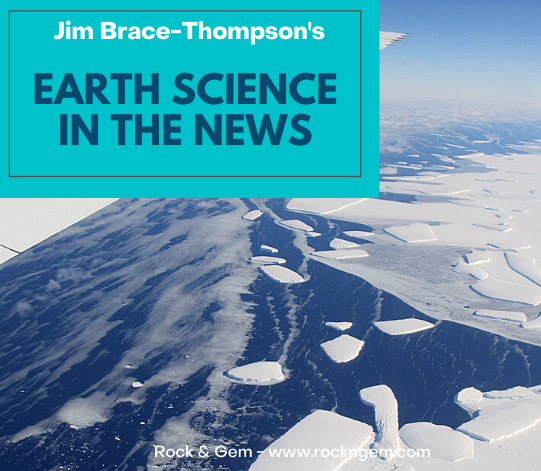 Glaciers—both small-scale and continent-wide—have played important roles throughout time in shaping the surface of our Earth, in creating variation in sea level, and in modulating our climate system. Given the recent acceleration of ice flows in places like Greenland and Antarctica, it has become important to understand how massive ice packs move across surfaces.

It was once believed that glaciers would move differently depending upon whether they were sliding across rigid beds of solid rock or over soft, unconsolidated, and deformable till deposits. Now, Lucas Zoet of the University of Wisconsin and Neal Iverson of Iowa State University have conducted lab experiments that suggest a "universal slip law," which may help improve projections of ice sheet mass loss and subsequent sea-level rise.

The new slip law (in the form of equations that account for the motion of ice sheets) has provided other scientists with a tool they can incorporate into computer models they use in making projections of ice flow in places like the West Antarctic Ice Sheet. Per Zoet and Iverson, "the potential collapse of the West Antarctic Ice Sheet is the single largest source of uncertainty in estimations of future sea-level rise, and this uncertainty results, in part, from imperfectly modeled ice-sheet processes."

The April 3, 2020 issue of the journal Science contains the full article by Zoet and Iverson along with two accompanying articles. Even the brief article abstracting the research is pretty technical and jargon-laden for a mere layman like yours truly. Thus, I refer you to that issue of Science if you are hankering for a full understanding of this new research result.

The good news? We may now have a better understanding of ice flow, whether over hard or soft surfaces. The bad news? Well, per Iverson, incorporating their equations into current models ends up with predictions of "higher ice discharges to the ocean—and higher rates of sea-level rise" during our current period of global warming.

It’s “Back to the Future” for a “Waterworld” Earth