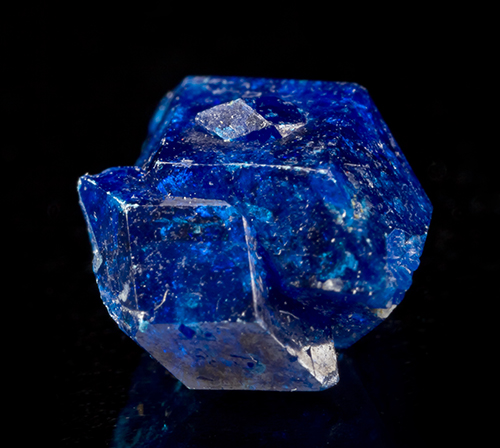 Editor's Note: This is one of 10 Mexican locales recognized for mineral production. View the rest of the list as featured in an article by Peter Megaw>>>

The Boleo Copper District lies halfway down the Baja California peninsula, right on its eastern coast. The mines were developed in the mid-1880s by the French Compagnie du Boleo (a.k.a. the Boleo Mining Company), who operated until the 1950s.

Mining at Boleo tapered off to nothing by the 1970s but has ramped back up in the new Millennium. Today, Baja Mining, a Korean outfit, is mining copper there again, this time as an open pit. The French influence lingers in the district, giving the associated town of Santa Rosalia a very different cultural flavor from other Mexican mining districts. The most obvious manifestation of this is a church made of structural steel designed and manufactured by Gustav Eiffel of Eiffel Tower fame. The church was originally commissioned for a French colonial town in Africa, but the deal fell through and the Boleo company bought it at remainder prices (Bariand, et al., 1998).

The Sea of Cortez laps at the shores of Boleo and is integral to the genesis of the mineralization there. This sea started forming 30 million years ago as lateral movement along the San Andreas Fault system ripped a strip off of western Mexico and began to move it northwards. This happened in fits and starts, producing jagged faulting along the eastern side of Baja where some combined to make small closed basins along the coastline.

At Boleo, volcanic activity related to the faulting generated hot metal-bearing brines that were “exhaled” into the basin along the basin-bounding faults. As the brines mixed with the cooler basin sea water, copper, silver, and manganese minerals and clays precipitated and rained down onto the basin floor, accumulating as a layer. This continued until faulting caused huge slugs of debris to slough off the basin walls and bury the ore layer. Once things settled down, precipitates would accumulate again – until the next faulting event. The result was a series of 1 to 5 m thick clay-rich sulfide ore layers separated by tens of meters of coarse conglomerate and sandstone. As time passed, sea level dropped enough for mineralization along the landward side of the basin to be oxidized by infiltrating rainwater – creating an assortment of unusual copper-silver-chloride minerals including boleite, pseudoboleite, and cumengite.

All three of these distinctive blue species were first described in the late 1800s by French mineralogists, including Edouard Cumenge, associated with Compagnie du Boleo. Crystals of these species larger than 2 cm are extremely rare, but despite their small size these species are considered classics by collectors. Today, the open pit mining avoids the oxidized zones because the metallurgical process being used can’t efficiently recover copper from copper-oxides.

However, sooner or later, they may nick one of the old oxide workings and we could see some fresh examples of these unusual minerals.

On the Hunt for Topaz and Diamonds