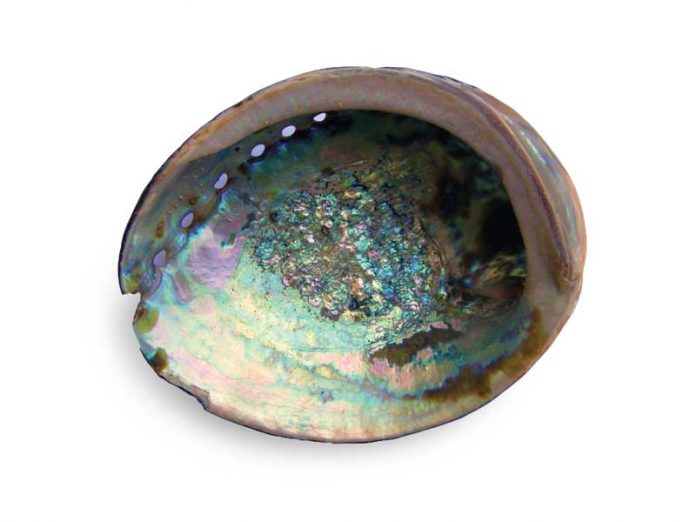 Abalone versus mother-of-pearl. What is the difference between them? Both are actually one in the same. Find out more about abalone and the beautiful mother-of-pearl that it contains.

What is an Abalone?

Abalone is a marine snail that’s shaped like an ear and found all around the Pacific Rim from the west coast of North America to the shores of New Zealand and Australia, the Philippines, Japan and elsewhere. 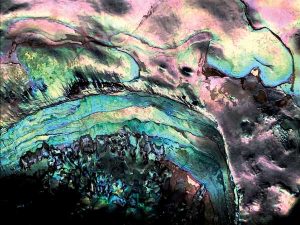 Abalone shells are composed of layers of nacre, or mother-of-pearl. The best mother-of-pearl shimmers with iridescent colors much like black opal. A single piece may have red, orange, yellow, green, blue, and purple intermingling and shifting as you move it under a lamp.

Most abalone in the U.S. comes from the Pacific Coast, where these mollusks have been harvested for food. (One person has described it as “fish-flavored shoe leather.”) At times, abalone colonies have experienced overfishing and collapse. They have been protected now and again and some beaches where shells wash ashore are national preserves where collecting is prohibited. Most lapidary artists use shells that were collected long ago. We should do all we can to sustainably maintain and protect the creatures that produce such a lapidary wonder! 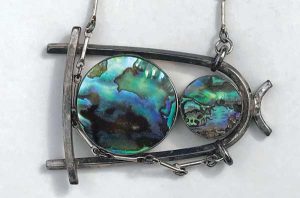 While abalone shell has been used for millennia to craft beads, inlay, and other lapidary works, anyone cutting or grinding it needs to exercise safety precautions. These include wearing a facemask and cutting/grinding under running water to minimize dust. Abalone dust, especially dry airborne dust, has been known to cause a range of health problems from stuffed-up noses to nausea to severe respiratory issues. Some people are more sensitive than others, but anyone working with abalone should use plenty of water as a lubricant and keep good airflow around the workstation. This is one material that only experienced lapidary artists should select!

This story about what is the difference between mother-of-pearl and abalone previously appeared in Rock & Gem magazine. Click here to subscribe. Story by Jim Brace-Thompson.