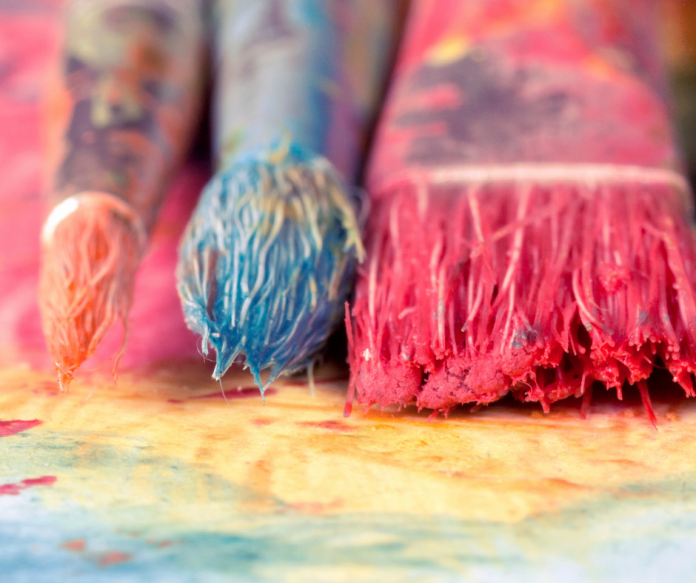 What minerals make paint colors? Have you ever wondered where some of the weird names on crayons and paints come from — Burnt Sienna, Umber, Cobalt Blue, Red Ochre, Coal Black and Titanium White? The names sound cool, but they’re not just for fun. These names have a connection to how they’re made — they come from the minerals used to make the pigments that give color to the paint and crayons.

While we have nicely packaged, brightly-colored paints and crayons today, people have been creating art for thousands of years without store-bought items. It all started with rocks and dirt. Think petroglyphs and pictographs. People crushed rocks into powder, mixed the powder with water and started creating art on the walls of the caves they called home.

Ochre - Ochres are earth minerals made of ferrous oxide (rust) mixed with sand and clay. They come in shades of red, yellow, brown and orange.

Sienna - The color Sienna came from Siena, Italy, and the color can be seen in the buildings made from the local earth and clay.

By 600 A.D. mo re colors had been discovered by crushing minerals. For example, Lapis lazuli was used to make a deep bright blue. It was also called Ultramarine, which means “a cross the sea.” This makes sense because long voyages had to be made to get the stones which are mainly found in Afghanistan.

Ultramarine blue from lapis lazuli was even more precious and expensive than gold! It was saved for special paintings, such as Christian paintings of the Virgin Mary.

Malachite makes a beautiful green and cinnabar can be crushed to make a deep, dark red.

Most pigments today are synthetic, meaning man-made, but safe natural minerals like ochres are still used. It was found over time that some natural mineral pigments are toxic and harmful to people. 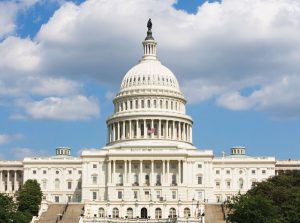 The U.S. Capitol building was once coated in bright white lead paint. Lead was used in paint because of the brilliant white color it achieved. For years, no one associated the lead with ailments that many painters got. Now we know that lead is deadly and it’s no longer in use in paint!

School busses used to be covered in a toxic chromium paint that was called School Bus Chrome. Not anymore! Thankfully, the same yellow can now be made safely. All children’s paints and crayons are non-toxic now, as well as many paints for adults.

Scheele’s Green, made from copper, sodium carbonate and arsenious oxide, has been implicated in the death of the French emperor, Napoleon. His entire house was painted with this vibrant green that unfortunately releases the poison arsenic into the air.