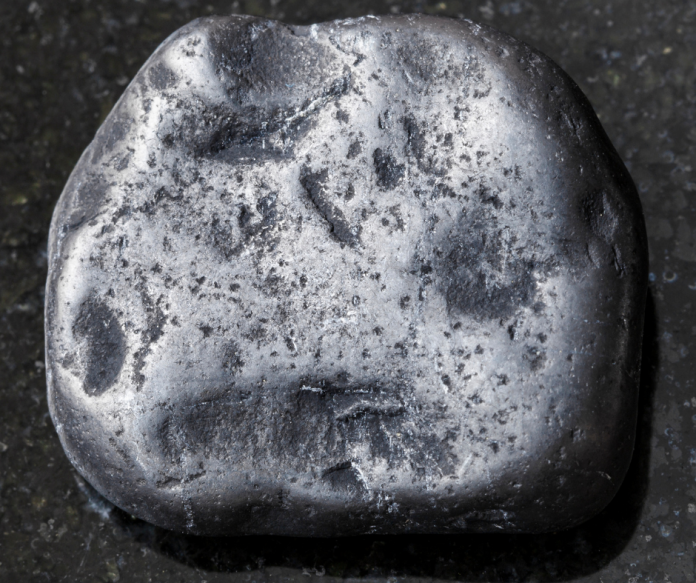 What are shungite rocks? It is sometimes hard to believe with all our scientific advances that it’s still possible for scientists to discover something new about the everyday world that surrounds us. But they do and that is exactly what happened with shungite. Shungite benefits are just now being explored and people are finding out how they can benefit from this unique rock.

What are Shungite Rocks?

Shungite’s origin story varies. Some people point to the unusual chemical makeup of shungite and note how similar it is to some types of meteoric debris. They theorize that shungite is the result of a meteor or other type of space debris crashing to earth. Others point to the unusual composition of shungite and the benefits it offers and believes the rock to be a gift from Gaia, our Mother Earth. Others see it as just another kind of rock.

While we don’t have a definitive origin story, there are a few things we do know with certainty. Most molecules have a structure that allows them to connect with other molecules. But shungite is made up of C60 molecules. AC60 molecule is a very large molecule, made up of 60 carbon atoms that are formed together in the shape of a nearly perfect sphere. Scientists have discovered that sixty is the only quantity of atoms able to create that nearly perfect sphere. The C60 molecule looks a little like a soccer ball—it is made up of a combination of hexagons interspersed with pentagons. The three scientists who discovered this unique shape thought it reminded them of the geodesic domes invented by Buckminster Fuller. As a result, the molecule is now known as Buckminsterfullerene, fullerene for short.

Many believe it is this unusual spherical structure that gives shungite its unique metaphysical properties. Those who work with shungite believe it not only protects electric and magnetic fields (EMFs) but can also help heal physical ailments, purify water and both protect against and remove environmental toxins.

Where is Shungite Found?

Currently, shungite is only found in a few places in the world. Many purists believe the highest quality shungite comes from the Republic of Karelia in Russia. It has also been discovered at the sight of a meteor strike impact point in Canada and in two gold mines—one in Canada and another in Russia.

Although shungite looks similar to coal, it has a few defining characteristics. It is harder than coal, does not burn, is not affected by pressure, and exhibits extraordinary stability.

In its raw form, shungite is referred to as a nugget. Some believe that for the most powerful and beneficial result, shungite is best used as a nugget. However, people have discovered so many uses for shungite that you can now buy shungite as a powder, a patch, and as jewelry. There are also tags containing shungite that are designed to attach to animal collars.

When selecting, buying, or using shungite, it’s important to remember that bigger isn’t better. The metaphysical nature of stones is about the energetic frequency and frequency doesn’t rely on size. A small radio can bring in as strong a signal as a big radio.

EMFs are invisible areas of energy, sometimes referred to as radiation, that is associated with the use of electrical power. Common examples include power lines, cell phones, cell phone towers, microwaves, computer modems, Wi-Fi, and some types of lighting. Many people associate EMF with harmful effects on the living tissue of plants, insects, and animals (including humans).

Using shungite to protect against the effects of EMF can be done in a number of ways. There are patches designed to be affixed to the back of a cell phone or to an electrical box or panel. Proponents of shungite recommend placing a few nuggets near your computer, modem, phone charger, and microwave oven. Many also recommend placing some near the work area on your desk.

Colony Collapse Disorder (CCD) is a serious situation that occurs when the majority of worker bees in a colony disappear while leaving behind a queen, plenty of food, and a few nurse bees. The bees left at the hive will attempt to care for the remaining immature bees and the queen. The problem is that without the rest of the worker bees, there won’t be enough bees to care for the colony and it will die off.

Nothing is conclusive about what causes CCD. It’s difficult to determine the cause of CCD because the worker bees don’t die, they just go missing. Generally, if there is exposure to a toxin, the beekeeper will find dead bees. One theory is that even low-level exposure to EMF can harm the bees’ cognitive and motor abilities. Every day bees leave their hive on foraging flights. If they come into contact with EMF they may become disoriented and unable to pollinate or even find their way back to the hive.

A beekeeper in Washington lost his first hives to the devastating effects of CCD. The keeper was familiar with shungite and used it around his home. He had the idea to try using shungite as a way to protect the bees. At the start of the next season, the beekeeper placed three shungite nuggets and a small amount of shungite powder at the opening of the hive. He also added powdered shungite to a gallon of paint and painted the outside of the hives with the shungite paint. Not only did the keeper not lose any more hives, his colonies have grown and honey production increased.

Many believe shungite can help heal skin disorders. Elizabeth Pascuzzi, the owner of Iowa Roads Soapery (empbow@hotmail.com), offers a soap containing shungite powder. Elizabeth makes the soap by hand at her farm in central Oregon. She uses a small amount, just two teaspoons of shungite powder, to make 50 ounces of soap. The soap starts out soft and creamy, but because of the coarse texture of the shungite powder, the soap becomes rougher and works as an exfoliant the more it’s used. Elizabeth‘s customers will sometimes request a blend of essential oils be added to the soap.

For the uninitiated, the appearance of shungite soap can be off-putting. Because shungite is black in color, the soap ranges in color from black to light grey. For some bars, Elizabeth pours the soap mix into flower-shaped molds. For other types, she uses a swirling technique to mix the shungite powder into the white soap mixture. The result is a bar that is mostly grey with a swirl of white running through it.

Jewelry is another common way to use shungite. Both nuggets of raw shungite and pieces of highly polished shungite can be incorporated into bracelets, necklaces, pins, and pendants.

Gridding a Home with Shungite

The process of gridding involves creating an energetic grid around your home and property. Strategically incorporating shungite into the grid is believed to help protect the land and its inhabitants from EMF. A shepherd with a small flock of sheep in Southwest Washington reports her lambing percentage doubled after gridding the property with shungite.

Many pet owners purchase special shungite tags that they attach to their pet’s collar. Annette with Destiny’s Pet Project Resq (destinyspetprojectresq.org) places shungite in a crystal bowl which she then places under the animal’s stainless steel water bowl. This technique is one way to create “shungite water.” When ingested, it is believed to aid in boosting the animal’s immune response.

Jennifer is a holistic life coach (jrosehealthcoach.com) and first responder for a rural Arizona fire department. To help reduce stress, Jennifer carries black tourmaline and shungite in her pockets. When she was having difficulty sleeping, placing shungite around her bedroom helped to alleviate insomnia. Gardening in the Arizona desert can be a challenge. After placing shungite nuggets around the raised garden beds and adding shungite powder to the soil, her plants were not only more vigorous, but production also improved. Jennifer isn’t the only gardener to use shungite. Others have found placing a bowl of shungite nuggets among the pots or watering with shungite water helps to improve plant health.

This story about what are shungite rocks appeared in Rock & Gem magazine. Click here to subscribe. Story by Kris McElhinney.

Earth Science in the News: Fireballs and fossils