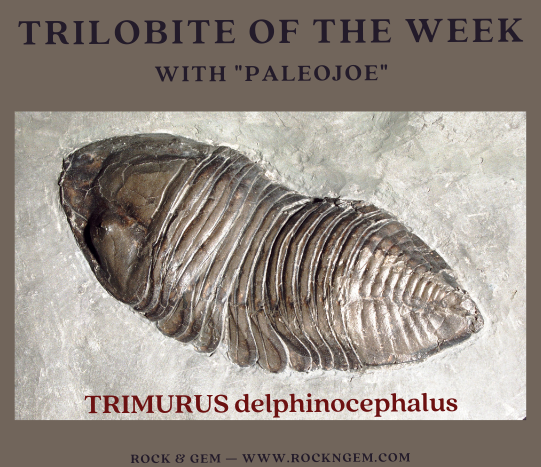 One of the largest species of trilobite found in New York State, TRIMURUS delphinocephalus
is a prize in anyone’s collection. The digging of the Erie Canal in the 1800s produced some very interesting finds to the diggers.

The TRIMURUS has a heavy and thick exoskeleton. It has a roughly triangular shaped cephalon and pygidium. The cephalon is very smooth and has no genal spines.

Due to the size of this trilobite, it is often found slightly distorted due to the weight of overlying sediments. It is found in the Rochester Shale of Middleport, New York.

Just Off the Wheels: Sandra Severini

Why No Mid-Size Models among Carnivorous Dinosaurs?