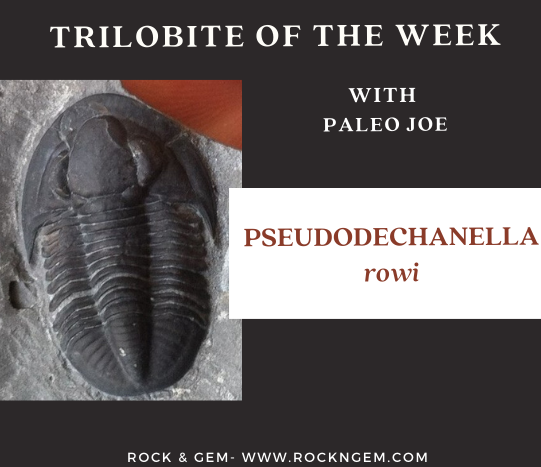 Presented here is PSEUDODECHANELLA rowi, a beautiful and deep black-colored trilobite from the Devonian Period of New York. This stout trilobite has a very inflated and semi-circular head section. With very large crescent-shaped eyes, its vision should have been nearly 360 degrees around.

The cephalon has short and thick genal spines. It has a large pygidium or tail section that makes this species easy to identify. The thorax contains between 12 and 14 segments.

Found in the Centerfield Limestone near Batavia, New York, this PSEUDODECHANELLA rowi is a prized find.