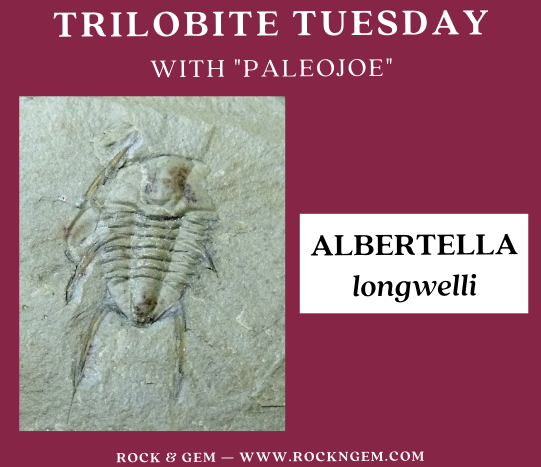 The Cambrian trilobite ALBERTELLA longwelli has a very small pygidium or tail section, but it ends with two very long, rearward-pointing spines.

It has a wide cephalon that ends in long, outwardly-pointing spines. The third thoracic segment is also ornamented with long spines.

ALBERTELLA longwelli is a very showy trilobite and is quite rare in the formation where it is found, the Carrera Formation in Pike County, Nevada.