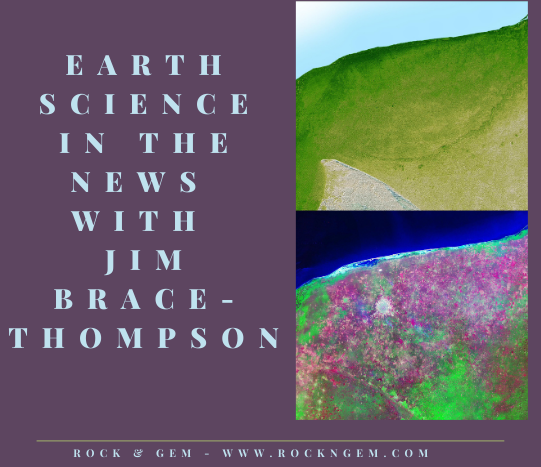 A recent article in the journal Science Advances takes a look at the Chicxulub crater. The crater, located on Mexico's Yucatan Peninsula, was left in the aftermath of an immense asteroid colliding with Earth.

The asteroid-Earth collision's sheer force was destructive enough to take out the dinosaurs and many other critters 66 million years ago.

Indeed, three-quarters of plant and animal species perished virtually overnight! The article asks: Did this event—so destructive to life on Earth—also leave clues for how life may have begun and been nurtured?

Researchers, including David Kring (Lunar & Planetary Institute in Houston, Texas), have examined rock cores pulled from the massive Chicxulub crater. The samples are mineralogical evidence that superheated groundwater circulated for as much as one to two million years after the initial impact.

Kring and his colleagues believe such hydrothermal pools could have been the breeding grounds for life very early in our planet's history—and perhaps other planets, as well. For instance, 3.9 billion years ago, Earth was pummeled by impacts from asteroids and comets.

Those early impacts likely produced similar hydrothermal pools that may have provided just the right conditions to support early life. Like the mythical Phoenix, can the marvel of life spring renewed from the ashes?