Venus is very Earth-like in some respects, such as size and distance from the Sun. But it hosts a decidedly different surface, with crushingly high atmospheric pressures and temperatures that can melt lead. Some have described it as a hot-house planet where global warming ran amok and where clouds are made up mostly of sulfur dioxide. 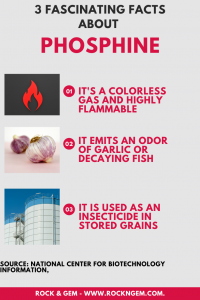 All that said, just a few short months ago the scientific community was abuzz about the possibility of life on our decidedly inhospitable neighboring planet. It seemed clouds in the venusian atmosphere might hold an unstable gas called phosphine. Here on Earth, phosphine is only produced by biological reactions. Given that it is unstable, there needs to be a continuing source of production in the form of living organisms for phosphine to be found in any sort of abundance in an atmosphere. Thus, detection of high levels on Venus had some giddy scientists enthralled by the idea of microbial critters floating around in those sulfurous clouds.

Well. Not so fast! After significant push-back within the scientific community, the authors of the original study (published in a September 2020 issue of the journal Nature Astronomy) have reanalyzed their data and—per the journal Science—they “are downgrading their claims.” The levels of phosphine seem to be at least seven times lower than previously estimated. Still, the authors say, phosphine is there, even if at a much lower level.

Or is it? The claim for phosphine is based on very technical spectral analysis of gases in the venusian atmosphere as opposed to an actual sample of gas. Many are saying analysis of “absorption lines” is fraught with technical difficulties (especially when you are analyzing gases in one planet’s atmosphere while gazing through the atmosphere of your own planet) and that the team’s reading of phosphine may be nothing more than a “false positive.”

For the moment, we are left like Hamlet pondering “to be, or not to be” when it comes to the possibility of phosphine (and the prospect of life) on Venus.

Jim began and oversees the AFMS Badge Program for kids, has been inducted into the National Rockhound & Lapidary Hall of Fame within their Education Category, and is the president-elect for the American Federation of Mineralogical Societies.< br>
Contact him at jbraceth@roadrunner.com.