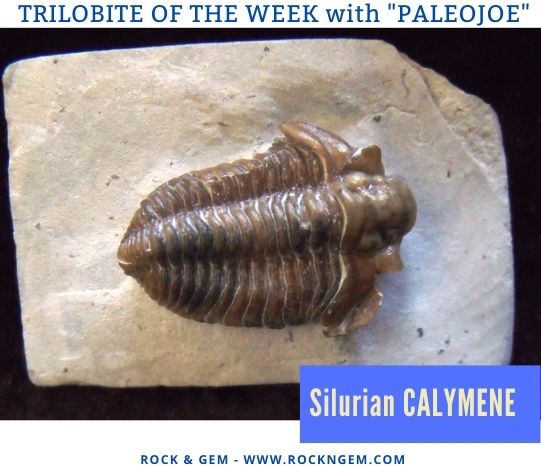 This species of Silurian CALYMENE has a very bulbous and furrowed glabella. The trilobite is roughly triangular in shape with the cephalon that is roughly semi–circular in shape.

This trilobite is fairly broad and has a small pygidium. The thorax has 12-13 body segments. They can reach a length just under 2 inches. The trilobite is found with quite a thick exoskeleton. There are many species of the CALYMENE found around the United States, each differing a bit in body structure, size and shape. Also, this species is found near St. Paul, Indiana.

Plus, learn more about PaleoJoe and his daughter PaleoJen and their paleontology exploration partnership in the article "Fueling a Passion for Paleontology".