Every now and again in a more-or-less regular cycle, Earth’s magnetic field flips in what is called a “polarity switch.” What was once the north magnetic pole become the south magnetic pole. Although statistically random, on average this occurs every 450,000 years or so. These “magnetic flips” get recorded in rocks and were one key piece of evidence for the theory of plate tectonics and continental drift as scientists recorded shifts in polarity in basalt issued along places like the mid-Atlantic rift zone, where new crust continually pours forth.

It now appears such shifts also affect Earth’s climate. A recent article in the journal Science explores the so-called Laschamps geomagnetic reversal 42,000 years ago. A team of researchers led by Alan Cooper of Australia examined tree rings in ancient New Zealand kauri trees that were preserved and unearthed in a bog. They saw “a substantial increase in the carbon-14 content of the atmosphere” during a period of polarity switch. They conclude that the polarity switch caused changes in atmospheric ozone concentrations that in turn led to significant shifts in climate. These, in turn, “caused major environmental changes, extinction events, and transformations in the archaeological record.”

So the next time your hand-held compass needle starts swinging wildly from north to south, get ready for some major changes here on Earth! 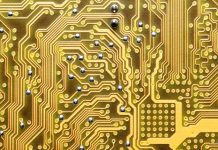 How Do Super-Sized Geodes Get So Big?