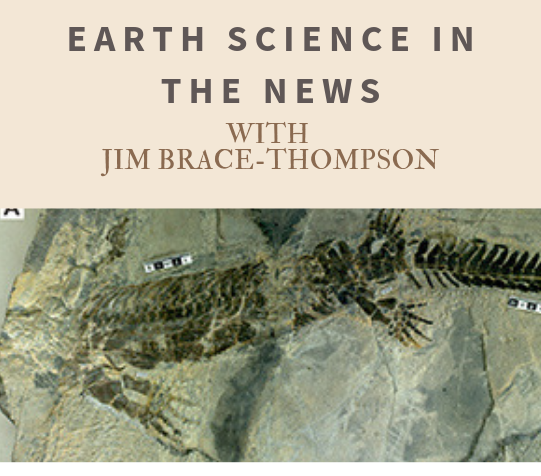 How Our Inner Core Rescued Our Planet

Earth has a strong magnetic field that shields us from so-called solar wind and radiation and, thus, protects life—protection that, apparently, long ago disappeared on our now-barren Martian neighbor. A study in the February issue of Nature Geoscience journal suggests that we very nearly lost that protective magnetic field, just as Mars did, until relatively recently geologically speaking.

How relative is recent when it comes to geology? About 565 million years ago! Until then, we had a molten iron-nickel core, and convection from it powered our magnetic field. But that power began to fade toward a potential collapse a half billion years ago, or right about the time that complex life was primed to emerge on Earth.

Earth consolidated as a molten orb 4.54 billion years ago and has been losing heat ever since. It was the heat deep down inside our molten core that helped drive our magnetic field. As that heat dissipated, the magnetic field grew increasingly weak and unstable, but then, relatively quickly per the recent study, the very center of our core crystalized and solidified while remaining surrounded by molten iron-nickel. The combination apparently created a geodynamo that not only rejuvenated but reinforced our magnetic field, making it stronger than ever.

An Ancient Version of the Platypus?

Today’s platypus is one weird critter. So weird that when first reported from Australia, many European scientists refused to believe it, even when shown a taxidermed specimen in 1799. An egg-laying mammal with venomous spurs, a duckbill, a beaver-like tail, the feet of an otter, and tiny little eyes? Surely, such a creature was an elaborate hoax sewn together and invented by some warped imagination!

It turns out, the platypus may have had a weird precursor. Welcome, Eretmorhipis carrolldongi. This marine reptile swam the seas of what is now central China 250 million years ago. Per an article in the journal Scientific Reports, just like the platypus, this aquatic critter had tiny little eyes and tiny little ears that would have been of little use in seeking prey. Instead, it is believe to have hunted using touch and/or electric fields, facilitated perhaps by hair cells designed to detect movement, much like today’s platypus.

Never rule out the weirdly wonderful, inventive and creative power of nature!

What Keeps a Martian Lake Liquid?

In a past article, I reported on a study suggesting the existence of a liquid lake some 20 kilometers wide 1.5 kilometers below the southern polar ice cap of Mars.

This was based on a study reported in 2018 by a team led by Italian planetary scientist Roberto Oresei. If there is any place on our neighboring planet that might harbor Earth-like life, this might be it! But what keeps that lake liquid on frigid Mars?

Scientists have suggested dust on the ice cap (thus providing insulation), salts dissolved in the water (thus lowering its freezing point), and more. But none of the ideas proposed thus far seem to pass muster when put through rigorous scientific analysis. Instead, planetary scientists Michael Sori and Ali Bramson of the University of Arizona recently suggested in Geophysical Research Letters the existence of an underground chamber of magma.

However, like true scientists who follow evidence wherever it may lead, the authors are circumspect and modest about their proposal. Says Bramson, “Honestly, we’re not sure.” For instance, other radar searches fail to even detect an underground lake, much less a magma chamber. Would that all of us learn a lesson from Bramson’s forthright appraisal, a lesson of modesty, humility, and a frank and honest search for truth based on evidence as we proceed through life!