The horse family's prehistory has been a fond subject for paleontologists and evolutionary scientists going way back. They started out as multi-toed critters the size of small dogs with a look reminiscent of tapirs before morphing into the big, thundering, one-toed champions of the Kentucky Derby in little over 50 million years.

This history has been well chronicled with a wealth of fossils collected since the 1800s. Indeed, that history was marshaled as major support for Charles Darwin after he published his theory of evolution by "descent with modification."

For a family line that has been studied so thoroughly for so very long, you would think there would be nothing new to add. That's what I thought, but I was wrong!

Despite intensive collecting and studies going back over 200 years, exactly where horses originated has been a bone of contention (pun intended). Some said Europe, others Asia or Africa. North America, for sure, said still others. 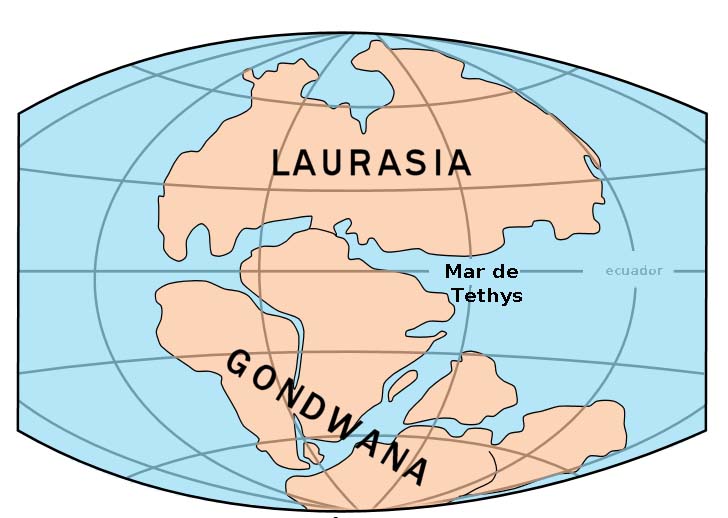 In the Journal of Vertebrate Paleontology, paleontologist Kenneth Rose (Johns Hopkins University) and an international team of colleagues recently released results from 15 years of studying 55-million-year-old fossilized bones of several species of the genus Cambaytherium that they had collected in the state of Gujarat in western India. Rather than a horse, per se, this critter was likely ancestral to an assortment of perissodactyls—or the group that today includes not just horses but also rhinoceroses and tapirs.

Per a new proposal based on these new finds, the ancestors of horses evolved in India after it had been torn asunder from the Gondwana supercontinent by tectonic forces and began to sail northward as something of an island continent, similar to Australia today. It would appear that not long after India slammed full-tilt into the Eurasian continent (raising the Himalayas in the process), horse-like critters suddenly blossomed across Europe, Asia, and North America, spilling forth from an Indian origin.

But if we think this is the final page in the horse's complex story, we are probably wrong. Stay tuned as ever more fossils rewrite more pages in that long and fascinating tale!