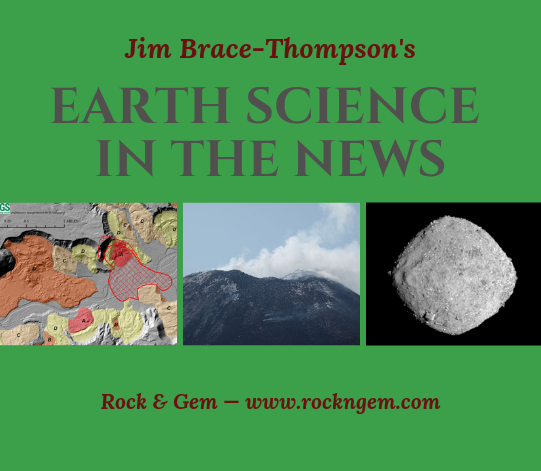 A September 2018 magnitude 6.7 earthquake caused considerable damage by unleashing landslides across broad areas of Hokkaido, Japan. In a letter submitted to the journal Science, Oregon researchers note the probability of similar damage in the Cascadia Subduction Zone of the Pacific Northwest.

This area encompasses northern California, Oregon, Washington, and British Columbia. It is of particularly high risk for major earthquakes due to a 1,000 kilometer long “megathrust” fault where the Juan de Fuca oceanic plate is being subducted beneath the North American continental plate.

The researchers issued a call for more studies utilizing technologies such as LIDAR, which enables scientists to peer through forests and vegetation to read and map the topography of underlying landscapes. This will tell about past landslide events and where such events may hit in the future, thus informing how to best prepare for their consequences and, for instance, make strategic policy decisions about preparedness, location of disaster recovery centers and resources, and more. The authors persuasively argue that the more informed and prepared we can make ourselves about known seismic hazards, the better.

Anak Krakatua Not Yet Done?

The January 11 issue of the journal Science warns that the Indonesian volcano Anak Krakatua may not be done. The “Son of Krakatoa” erupted explosively on December 23.

Fully half of the volcano collapsed into the sea, unleashing a tsunami that killed over 400 people and injured some 7,000 on the coasts of the Indonesian islands of Java and Sumatra. With tens of thousands of people still huddled in evacuation camps, geologists warn it is far from safe for them to return home as the volcano shows no signs of calming.

Japan’s space agency ISAS has a mission called Hayabusa2 circling the asteroid Ryugu. It has been gathering info on the asteroid’s mass, density, and mineral composition and has already dropped three little rovers onto the surface. If all goes well, the mother ship itself will swoop down to gather samples for a return to Earth. Meanwhile, the US space agency, NASA, has a similar concurrent mission, OSIRIS-REx, exploring the asteroid Bennu.

are believed to be derived from the same parent body, i.e., a “proto-planet” that broke apart some one billion years ago. In outward appearance, the two asteroids are like twins with shapes that have been described as “a cross between a diamond and a hacky sack” or spinning tops.

Although the two missions were not intentionally planned to be concurrent, says Seiichiro Watanabe of Nagoya University in Japan, “We’re lucky to be able to conduct comparative studies of these two asteroid brothers.”

Conventional wisdom has it that water and organic carbon-rich molecules—the stuff that ultimately led to and supported life—were delivered to Earth by comets. But another theory holds that water- and carbon-rich asteroids instead may have delivered these key ingredients to an early rocky Earth. These twin missions may tilt the scales of the debate one way or the other. 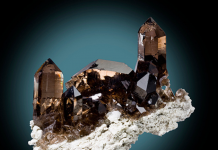