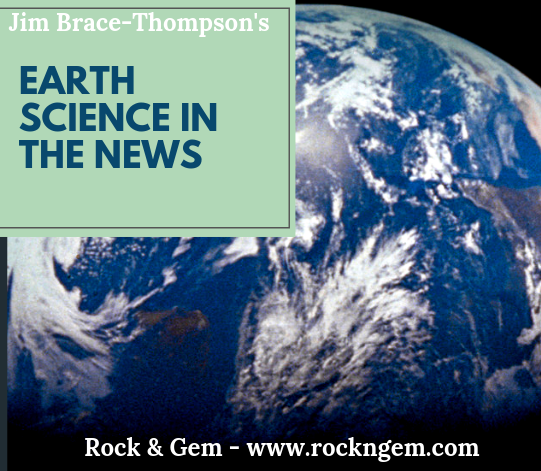 Earthquake Prevention: Not So Easy as Once Thought

The February 2 issue of Science News Magazine reports how 50 years ago, the Federal Council for Science and Technology recommended a 10-year program to study ways to defuse potential earthquakes. One of their proposals: inject fluids to ease strain along fault zones and produce numerous small earthquakes as opposed to waiting around for “the big one”.

Flash forward 50 years! We now know that, far from ameliorating earthquake risk, underground fluid injection actually amplifies it, as evidenced by increased numbers of relatively large earthquakes in such areas as Oklahoma, which has seen fracking and fluid injection to increase oil and natural gas production.

With the benefit of hindsight, we now know that such a practice falls into the category of “be careful what you wish for”!

For the lucky gambler, mining may offer a big pay-out, but it also always has been a risky enterprise. After all, it involves high explosives, excavation of steeply walled pits, deep underground tunnels, heavy machinery and super-sized vehicles, encounters with noxious gases and dust, and more.

During heavy rains in the Kadoma mining district of Zimbabwe, a dam wall collapsed on February 12, immediately inundating the tunnels of numerous small-scale gold mines and instantly trapping miners as deep as 130 feet below ground. As of February 16, 9 miners had been pulled out muddied but alive after waiting for rescuers in water that rose to their necks. But bodies were recovered of 20 others who were not so lucky. All 20 were found in just one of the many tunnels in the area. While estimates vary wildly, some say as many as 38 to 60 miners, in all, may have been underground at the time, and all those not yet rescued are now feared dead.

Many of the Kadoma miners are so-called subsistence or artisanal miners; in other words, folks who scratch out a living using rudimentary methods that are not formally regulated and thus often lack even basic safeguards. Furthermore, the Rio Zimbabwe company, which owns one of the flooded mines (the Cricket Mine), noted that they had ceased operations some time ago and had sealed shafts, which some of the missing miners apparently had illegally breached, according to a company spokesperson.

Illegal and unauthorized mining is common in Zimbabwe (over half its annual gold production comes from such small-scale miners), particularly given a deep economic crisis throughout the country and extreme rates of unemployment. That economic crisis is hampering relief efforts, with the government appealing for aid from “individuals, development partners and the corporate world”. Meanwhile, rescue teams continue frantic efforts to pump water from flooded shafts as family members of the missing continue to hold out hope.

A Slab Off the “Old Woman” Goes to College

What weighs 3 tons, is the second-largest of its kind ever found in the United States, and got mired in a long custody battle? Welcome to the “Old Woman”! The Old Woman is a 3-ton iron meteorite named for the Old Woman Mountains near Twentynine Palms, California, where this guest from space was discovered by prospectors in late 1975.

A custody battle promptly ensured. Who owned the Old Woman? The folks who found her? 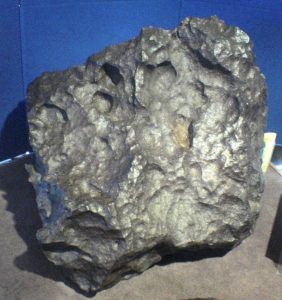 Meanwhile, Professor John Wasson recently welcomed the long-term loan of a beautifully etched slab of this famous old gal for display in the Meteorite Gallery within the Geology Building on the campus of UCLA. The Gallery is open daily to the public, with special days set aside for docent-led tours and for presentations and guest speakers. Check it out at https://meteorites.ucla.edu.