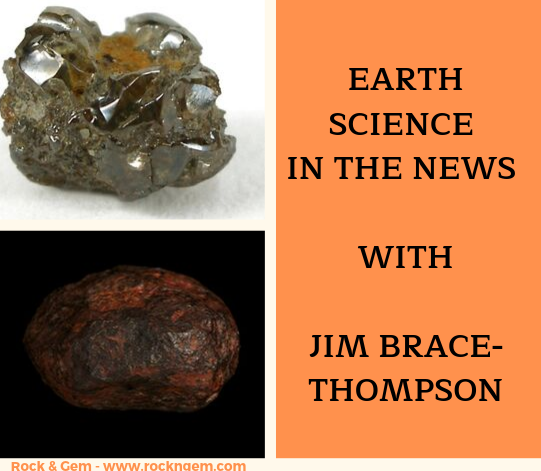 Requiem for a Glacier

Whether you believe in global warming or not, one thing is certain: ice is melting on planet Earth at a very fast pace, and certain landscapes will never be the same again.

Case in point: Iceland. There, in the western highlands, Okjökull glacier was considered the smallest glacier in town, stretching only some 6 square miles in and around the crater of an extinct volcano. But stretch it did under the gaze of generation after generation of Icelanders. In fact, its name appears in Icelandic sagas dating back to the 13th century. Sadly, it stretches no more and is now considered “dead.”

Although its official death was declared in 2014, only recently did scientists and anthropologists hold a funeral for what has been declared “Iceland’s first glacier lost to climate change.” A brief documentary film was produced entitled “Not Ok,” and on August 18, folks gathered to memorialize Okjökull with a plaque.

All that’s left is what was once a circular field of snow and ice is a field of black and brown rocks with scattered bits of snow and thin ice that no longer flows. Even its name is now gone. In the Icelandic language, jokull means “glacier” or “ice cap.” With no more ice, Okjökull is now just Ok, the mountain—not Okjökull, the glacier.

Ironically enough for a country named after ice, if current climate trends remain the same here on Earth, predictions are that all Icelandic glaciers will follow the way of Okjökull by the year 2200.

Big and Bigger Found at Crater of Diamonds State Park

Well, it was good while it lasted! They say we each get five minutes of fame, and for school teacher Josh Lanik of Nebraska, those five minutes came with the discovery of a 2.12-carat brown diamond at Crater of Diamonds State Park in Arkansas.

The 911-acre park features a plowed field of some 37 acres that is billed as the only diamond-bearing site where just about anyone can dig for diamonds for a fee ($6.00 for children; $10 for adults). But success is far from guaranteed. It’s said that on any given day, perhaps one or two lucky visitors might end up with a diamond, most of which are well under 1 carat.

The majority clock in at about a quarter of a carat, so you need sharp eyes to spot the little guys. Josh’s much bigger find, made on July 24, was quickly designated the largest diamond found this year.

That was then. This is now.

On August 16, along came Miranda Hollingshead from Texas. Not having much luck, she pulled up a YouTube video on how to search for diamonds, glanced over to check on her child, then looked down—straight into a 3.72-carat yellow diamond! She and her son have dubbed it “Caro Avenger.”

For the record, the largest diamond ever discovered in the U.S. came from Crater of Diamonds. Found by Wesley Oley Basham in 1924, it clocked in at 40.24 carats and was dubbed “Uncle Sam.” I head to Arkansas for a nephew’s wedding in October, and something is telling me I ought to take a little side trip to Crater of Diamonds!

Edscottite? It sounds like the name of a neighbor from down the street—or someone from the engine room of the Starship Enterprise. But no. It’s a mineral and, apparently, a very special one at that! Formed from a combination of iron and carbon, it had never been observed as a naturally occurring substance here on Earth, although a synthetic version has been observed forming in smelters during a phase that iron passes through on its way to becoming steel.

Only naturally forming minerals win the honor of earning a formal name, and that phase in steel smelters finally has one thanks to an extraterrestrial visitor.

In 1951, the Wedderburn meteorite was discovered not far from the gold rush town of Wedderburn. In a recent re-analysis of the meteorite, mineralogists found a true gem hidden inside: the first natural occurrence of that iron carbide phase mineral seen in smelters: Fe5C2. It’s believed that the Wedderburn meteorite itself formed in a smelter-like environment, namely, the molten core of a long-lost planet that collapsed and broke apart.

For decades, different teams of scientists have analyzed this small stone, discovering traces of iron and gold and several very uncommon minerals, but only now has a team led by Caltch mineralogist Chi Ma discovered the iron carbide mineral which they have named edscottite in a paper published in the journal American Mineralogist.

And no, the new mineral name does not honor Montgomery “Scotty” Scott of Star Trek, but rather Edward Scott, a renowned University of Hawaii meteorite researcher with expertise in cosmochemistry.