What are the Potash Minerals? Sylvite, carnallite, and langbeinite, are collectively known as the potash minerals. Although not familiar to most collectors, they are critical to agriculture and have enormous societal and economic importance.

Sylvite and langbeinite crystallize in the cubic system, carnallite in the orthorhombic system. Sylvite and carnallite have a Mohs hardness of 2.0-2.5 and specific gravities of less than 2.0; langbeinite is a bit harder and denser. All are deliquescent and soluble in water.

The potash-group minerals occur as crystalline masses in evaporite salt beds, usually in association with halite. With the exception of a few large concentrations, all are somewhat rare. Their biggest commonality is that all contain water-soluble potassium—which is vital to the production of “N-P-K” fertilizers.

From "Pot Ash" to Potash

In the late 1700s, scientists learned that almost all plant growth depends on water-soluble potassium. At that time, it was only obtainable from the ashes of burned hardwoods. Leaching hardwood ashes in large iron kettles or “pots” yielded a concentrate rich in potassium carbonate and hydroxide that was fittingly known as “potash.”

Potash production required the cutting of vast tracts of hardwood forests in Europe and the eastern United States.

In 1870, after many eastern hardwood forests had been cut and burned, the United States began importing its potash supply from Germany. But during World War I, an embargo on German potash created an agricultural crisis that spurred an intense search for domestic potash sources.

A source was inadvertently found in 1925, when wildcat oil drillers near Carlsbad, New Mexico, noticed a strange mineral in their drill cuttings that mineralogists identified as sylvite. Core drilling then revealed huge underground evaporite beds of sylvite and langbeinite with lesser amounts of carnallite and halite.

Underground mining in New Mexico’s Carlsbad Mining District began in 1931. By 1939 when prewar trade restrictions cut off the supply of German potash, Carlsbad’s four major underground mines had made the nation self-sufficient in potash—just in time to support the huge wartime agricultural effort.

The United States now produces only about 500,000 tonnes of potash minerals per year, most from the declining Carlsbad district and two sites in Utah. The nation imports 2.4 million tonnes of potash annually from Canada. With refined potash worth $450 per tonne of contained potassium oxide (K 2 O), global potash mining is a $9-billion-per-year industry.

Ninety percent of all potash is used in N-P-K agricultural fertilizers. The remainder is manufactured into water-purification agents, explosives, foods additives, pharmaceutical preparations and an array of chemicals.

Storing potash-mineral specimens requires special precaution. Although all are stable in dry environments, deliquescence, especially of sylvite and carnallite, is problematic in humid climates, where specimens must be stored in airtight glass containers.

The most widely collectible potash mineral is sylvite, which is isomorphic with halite. And the most desirable and costly sylvite specimens are transparent, colorless, sharp-edged cubes that are included or associated with smaller cubes of blue halite.

While potash minerals aren’t found in many mineral collections, they nevertheless play a vital role in the growth of virtually every agricultural product around the world.

In opacity, sylvite (potassium chloride, KCl), carnallite (hydrous potassium magnesium chloride, KMgCl 3·6H O), and langbeinite (potassium magnesium sulfate, K Mg (SO4) ) are transparent to translucent. When nearly pure they are colorless, but impurities often impart a range of colors. The common yellow-orange and reddish-brown hues are caused by inclusions of particulate hematite.

This story about what are the potash minerals previously appeared in Rock & Gem magazine. Click here to subscribe! Story by Steve Voynick. 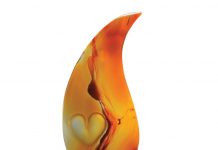 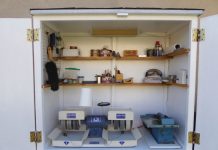 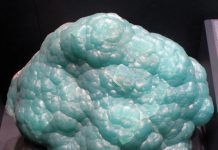 How to Combine Wax to Create Dynamic Lapidary Designs