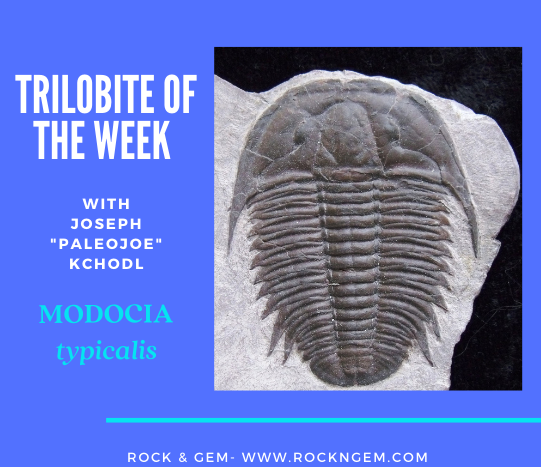 There are many species of MODOCIA, and this one typicalis, or typical, is quite common in the Cambrian deposits of Millard County, Utah.

This trilobite is the most famous and showy of the MODOCIA trilobites. It is generally oval in shape, and the body section usually has 14 thoracic segments. The thoracic segments end in short spines except for the last ones, which are slightly elongated.

The pygidium is quite small. The Cephalon is roughly semi-circular in shape and fairly un-ornamented except for the mid-length genal spines. It has a thin axial lobe and slightly wider pleural lobes.

Earth Science In the News: Greenland and Signs of Early Life