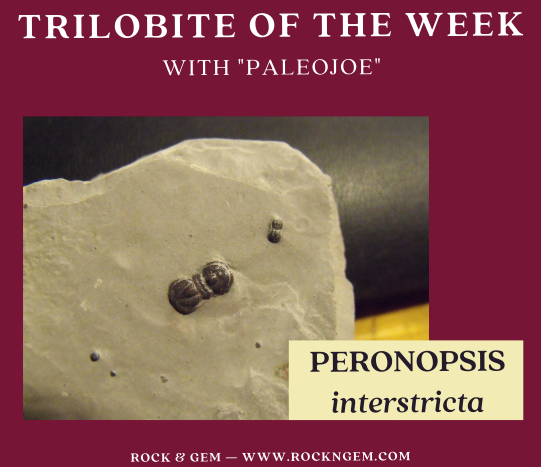 The PERONOPSIS interstricta were small, blind trilobites that were isopygious, meaning the head section and the tail section were roughly the same size. In fact, at first glance, one cannot determine which end is the front and which is the back.

The cephalon and pygidium were roughly identical. The thorax was comprised of two body segments. It was able to enroll, or actually fold over to make a tight clam-shaped ball protecting itself from danger. It lived in relatively deep water.

Caches of PERONOPSIS are frequently found containing dozens of individual specimens. They can have a reddish exoskeleton or black exoskeleton, as shown here.

There are many species of PERONOPSIS located all over the United States and the world. They are discovered in great abundance in the House Range of Millard County, Utah.

The Climate Effect of Geomagnetic Field Reversal on Earth