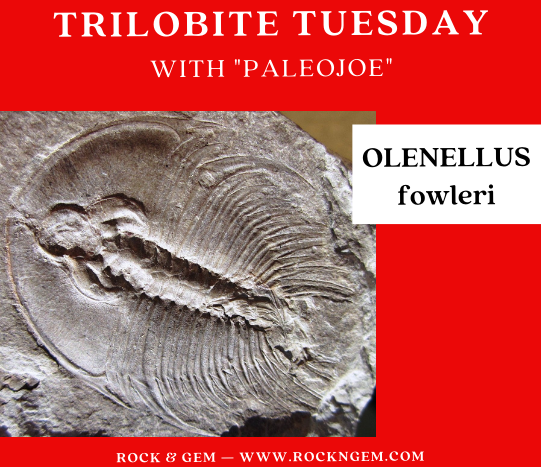 OLENELLUS fowleri is almost circular in shape. Its cephalon or head section is very large and broad and is the distinguishing feature of this trilobite. It is very highly ornamented with many rearward projecting spines.

The eyes are set very closely on the head section and are rather large. It has a small tail section. The central or axial lobe is very thin, and both pleural lobes are quite large.

OLENELLUS fowleri is a rare and spectacular trilobite find.

Business Spotlight: Treasures of the Earth