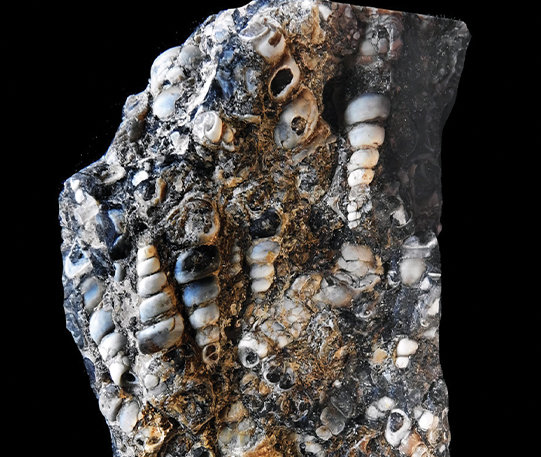 The large gastropod (snail) fossils preserved in this type of stone create a dynamic appearance, with the white and tan coloring of the coiled shell fossils in contrast to the often rich brown-color agate.

Interestingly, the name given to this fossiliferous agate was derived from the genus the gastropod was believed to belong to, the Turritella. However, the fossils within this agate stone are actually of the Elimia tenera genus. Still, by the time the error was noted, Turritella was used extensively within industry, according to the Encylopedia Britannica.

Whether it’s referenced as Turritella or Elimia agate, it is known to come from one of the best-known fossil localities, the Green River Formation. Plus, it is a popular material among lapidary artists and appreciated by collectors.