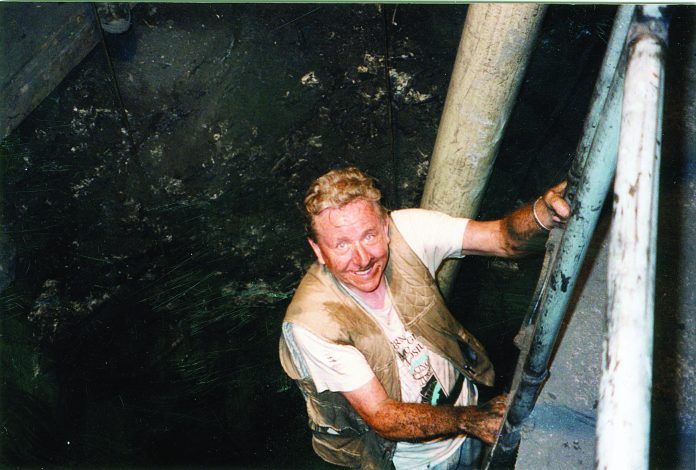 Visiting the emerald mines in Colombia was the trip of a lifetime for Bob Jones and it all started at the Tuscon Gem and Mineral Show. 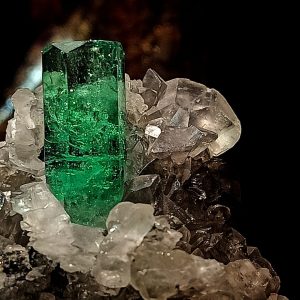 Thinking back, it is amazing how the Tuscon club show started in a school cafeteria in 1955 and became an international event by 1970. As a member of the show committee, I met people from everywhere. That led to pretty exciting trips, especially when they knew I wrote for Rock & Gem. Dealers wanted publicity, so I ended up traveling to England, Europe, Russia, China, Australia and even the emerald mines of Colombia.

This last trip happened when a Tucson show mineral dealer introduced me to Don Bachner, a dealer in Colombian emeralds. Don wanted to take me to the emerald mines so I would write about it. I agreed in just seconds!

Getting to the Mines

To get to Colombia, we flew to Bogota and met Don’s partner, Jose Vesca. From there, we flew in a small puddle-jumper plane over the jungle near Muzo and the emerald mines. Once we got near Muzo, we had to circle the gravel airstrip again and again. I asked why we were not landing. I was told we were waiting for locals to chase pigs off the airstrip.

Once settled in, we went to several mines, including the big and quite productive Tecandama mine. My companions decided not to go underground, but I did not fly to the Colombian jungle just to stare down a mine shaft. I had to climb down 50 meters on a slippery metal ladder accompanied by an armed guard. I was annoyed having an armed guard until I realized everyone was wearing a gun.

When I stepped off the ladder, I was shin-deep in oily black water draining from the host schist with veins of white calcite; the source of the emeralds which might be found.

Heading to the Surface 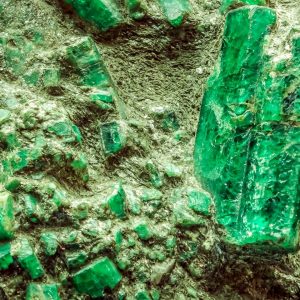 To get to the working face was a tough hike. We had to walk stooped over in the low tunnel for some fifteen hundred meters. At the working face, three miners were drilling a wide calcite vein looking for crystals. No emeralds were visible, but another vein I visited later was loaded with green prisms. I could look but not touch.

When it was time to leave, I was not thrilled with the idea of climbing a slippery ladder to get out. My guide sensed my hesitation and offered to hoist me out. It sounded good to me! A steel cable with a rope loop on it was lowered down a shaft. I sat in the loop and took a death grip on the steel cable. Up I went!

Suddenly, everything stopped and there I was dangling halfway up the shaft. The hoisting gears had jammed. After loud discussions, they finally released the hoist and lowered me to the ground. I ended up climbing that slippery ladder after all. I was glad to do it. I’ve often wondered if any other rockhound has ever exited an underground mine sitting in a rope loop!

Where to Find Fossil Fish

How to Melt Silver to Make Jewelry

In awe of inspiring interaction