Call it Nature’s Revenge? We humans haven’t done an especially good job at minding our Earth as its self-appointed stewards. As 2021 commenced, nature seemed to take notice and sent a few grumbles to remind us who’s truly in charge on this planet we call home!

When my family moved to California, we initially lived in Monterey County for 15 years. We moved there in the midst of a severe drought, but my, how things soon changed! An El Nino year dropped tons of rain that flooded rivers all around, essentially making the Monterey Peninsula an island.

Further down the Coast, the independent-minded folks of Big Sur always looked forward to such rains. As soon as one hit, a section of iconic Highway 1 (a roughly 90-mile stretch of pavement clinging to the sides of steep mountains since 1937) would let loose and slide into the sea, cutting off access for any outsiders to their little slice of heaven.

And now, it’s happened again. A wildfire in August 2020 denuded a stretch of Big Sur about 50 miles south of Monterey, at mile marker 30, an area known as Rat Creek. Thus, when 16 inches of winter rains hit early this year on January 29, rocks, mud, and scorched remains of trees were swiftly carried down to the ocean in a 150-foot chasm that opened along the cliffs precariously hosting Highway 1.

Per a brief in TIME magazine, a spokesperson for the California Department of Transportation (Caltrans) noted how this coastline has “historically been a battle between the ocean and the hillside.” Said Caltrans spokesperson Kevin Drabinski, “We built a road on the edge of a continent, and we have the forces of hillside and the ocean always at play.”

Well, score one for the ocean! Huge slabs of what had once been highway were dangling and sliding seaward as a result of the latest washout. Back in 2017, it took some 14 months to recover from damage to Highway 1 near the village of Gorda. This recovery may take even longer given that there are reports of at least 50 to 60 other smaller slides along the highway. These slides are keeping Caltrans well occupied as a new year begins in what some have described as “a sisyphean task.”

A Huge Earthquake Strikes Beneath the South Pacific

A 7.7 earthquake is always news. Such tremendous tremors frequently collapse buildings, destroy roads, and cause scores, if not hundreds or thousands, of injuries. Fortunately, the latest 7.7 quake to hit our planet was centered deep beneath the South Pacific rather than beneath a crowded megalopolis like Los Angeles or Tokyo.

This particular quake struck on February 10, east of Australia and New Caledonia, along the infamous “Ring of Fire” that circles the Pacific Ocean. Although centered far from highly populated areas, fears were immediately raised that hazardous tsunami waves might sweep as far and wide as Australia, Fiji, New Zealand, Guam, American Samoa, and Hawaii.

Fortunately, both the Pacific Tsunami Warning Center and the Joint Australian Tsunami Warning Centre soon were able to drop and rescind tsunami threat announcements and said that Hawaii was never in true danger. While a small tsunami was indeed observed after warnings were issued to avoid beaches and shorelines, recorded wave heights were less than a meter. There were no reports of damage along affected islands.

The quake is said to have followed three other tremors measuring between 5.7 and 6.2 in the span of just over an hour. And not long after the 7.7 tremor, at least three aftershocks were recorded at between magnitude 5.7 and 6.0. As any one of these would have created major havoc on land in highly populated areas, the people of Earth fortunately dodged a bullet…for now!

Glacial Collapse Releases a Deadly Wall of Water in India

Glaciers sometimes create natural dams and hold back large glacial lakes containing immense volumes of water and sediment. On February 9, just such a glacial dam broke in the Himalayas. It sent a flash flood of water across the Chamoli district of Uttarakhand, India.

The disastrous flow instantly destroyed bridges and dams and cut off more than a dozen villages, where inhabitants fled to higher ground upon hearing the rumble of water raging toward them.

The glacial lake was fed by snow and ice from Nanda Devi, the second-highest mountain peak in India. The resulting monster flood swept down the Dhauliganga River.

In the immediate aftermath, 32 were reported dead, and nearly 200 people were listed as missing and unaccounted for. Reportedly, dozens of utility workers for the Tapovan Vishnugad hydroelectric project were trapped in a tunnel that filled with boulders and slush. Soldiers have been called in with bulldozers and excavators to clear away debris in a desperate attempt to reach survivors, while drones survey the area with thermal imaging equipment.

As of this writing, officials are still attempting to determine the cause of the glacial dam collapse. A 2019 study noted that, due to global climate warming, Himalayan glaciers are melting twice as fast in our current century as they did in the 1900s.

Says Professor Anjal Prakash (Indian School of Business in Hyderabad), the collapse “looks very much like a climate change event…The glaciers are melting due to global warming.”

Whatever the ultimate cause, the effects have been dire while hope remains for rescuing those still trapped due to the disaster. 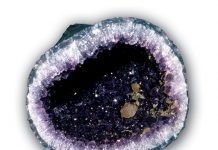 Earth Science In the News: Glaciation Cycles on Earth