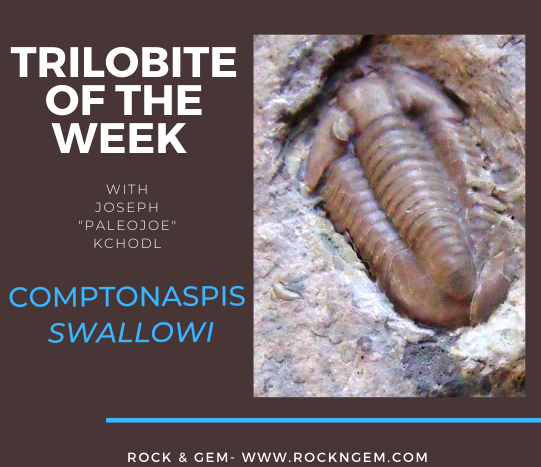 The COMPTONASPIS swallowi species is another trilobite appearing at the end of the reign of trilobites.

There was a catastrophic event at the end of the Permian period, which resulted in the trilobites being wiped out. This Mississippian bug typically only grows to about one-half an inch and rarely to even one inch long. It is quite rare in the Chouteau Formation of Saline County, Missouri.

It has an elongated oval-shaped body with eyes set close together on the cephalon, and it has a raised glabella. It is quite plain in design, with no spines and the lobes are nearly equal in width.

CRYOLITE: “The Ice That Never Melts”