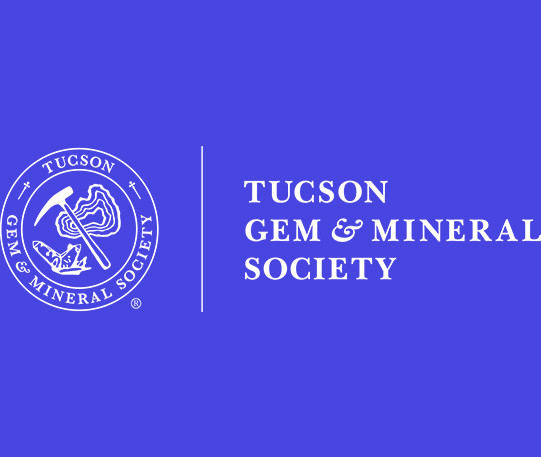 From the beginning, the Tucson Gem & Mineral Society’s (TGMS) objective, as written in the group’s constitution, was clear: “to encourage the interest and study of Gemology and Mineralogy.”

As this innovative and inclusive Society eagerly heads into 2020, that same vision remains prevalent. “Here we are 73 years later, and that statement still holds true,” said Patricia McClain, 40-plus year TGMS member, and Executive Manager of the Tucson Gem and Mineral Society.

The Society began through the interests of Mr. J.R. Watwood, Sr. and Mrs. Margaret O. Gastelum on Dec. 3, 1946, McClain explained. The initial group was small but dedicated to pursuing knowledge, creating opportunities for others to learn and grow in the shared interest of gemology and mineralogy, and encouraging others to engage in the study and appreciation of earth sciences.

If ever there was a prime example of revered anthropologist Margaret Meade’s famous quote, “Never doubt that a small group of thoughtful, committed citizens can change the world; indeed, it’s the only thing that ever has,” then TGMS is it.

Evolution of a Club Into an International Icon

What began with 28 people, gathering monthly, has grown into a Society with more than 500 members, year-long programs, gatherings, classes, field trips, and of course, the Tucson Gem and Mineral Show®.

The idea to organize and host a gem and mineral show came as a suggestion from David Record in August of 1949, but it wasn’t until March of 1955 before the first show came to fruition. In the beginning, the idea of a show was met with a mix of intrigue and skepticism by the TGMS Board, McClain explained. As reported in an article written by Dan Caudle and published in an April 1972 issue of Rock Talk, “…they weren’t particular in favor of having a show either, but if it wouldn’t cost the club anything and somebody wanted to be responsible for it, it would be all right with them, but they didn’t think it would work.”

It didn’t take more than the first show, held March 19-20, 1955, to change the board’s perspective. During the April 4, 1955, general meeting, the decision to hold another mineral show was approved, and the rest, is a history of hard work, significant volunteer involvement, community collaboration, and support and promotion.

“With all the hard work from a small group of volunteers at the very first show, to this year, the Tucson Gem and Mineral Society, Show Committee and a very large group of volunteers continue to make each show better than the last,” said McClain. “Which is why the Tucson Gem and Mineral Show®® has the international reputation that it has … and we are the cornerstone of all the events in the City of Tucson.”

Looking at the past, present, and future of the TGMS, two examples of the

Society’s evolution are visible in growth in size and reputation. From 28 members in 1946 to more than 500 in 2019, that’s growth for the society and the show, McClain said. What began with the first show held in a Tucson elementary school auditorium has become a show that occupies the 189,000 square foot Tucson Convention Center and is attended by tens of thousands of people from around the world.

As the show is a function of the society, and because of the success of the show and the funds it generates, TGMS has its own building, where micro mount meetings, educational classes, and Society events are held, explained McClain. Also, the Society donates money to several outside organizations and donates funds to at least two worthy college students annually to further their studies in the field of earth science. Plus, during the school year, TGMS members accept invitations from schools to do presentations about the field of earth sciences, McClain added.

Looking ahead to a new year of new opportunities and new experiences, the TGMS aims to continue to grow its membership, expand outreach programs, classes, field trips, and the Show.

“Because of the continued growth and involvement of its members, something is happening all year long,” said McClain. “From such a small beginning into an internationally-known organization, that in itself is exciting.”